A new study has found that drinking a glass of tomato juice daily helps in reducing the weight around the waist without making any other changes to diet or lifestyle. 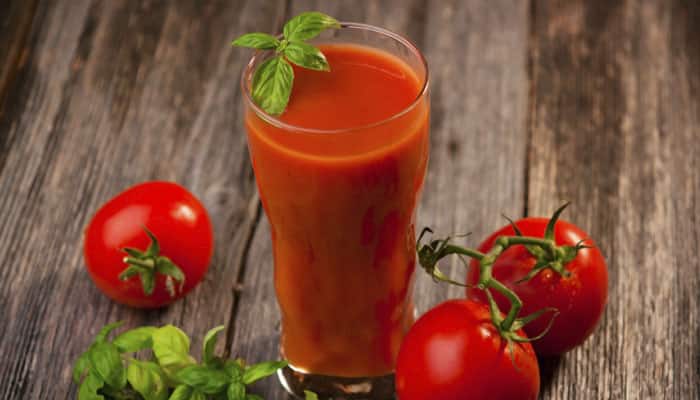 London: A new study has found that drinking a glass of tomato juice daily helps in reducing the weight around the waist without making any other changes to diet or lifestyle.

The study conducted at China Medical University in Taiwan explained that women who drank almost half-a-pint of tomato juice daily for eight weeks, lost nearly an inch off their waistlines, and drops the cholesterol by about 10 percent, the Daily Express reported.

The researchers asked 25 healthy women, aged 20-30, to drink a glass of tomato juice every day, and observed an average decline in waist measurements of two-thirds of an inch, with most losing more than a pound in fat after two months.

Azmina Govindji, a nutritionist said that tomatoes could play a key role in controlling weight gain, but Mike Lean, an expert in nutrition based at Glasgow University, said the study was flawed because there was no control group that did not drink tomato juice daily, and asked the researchers to compare the differences.

Even before this many studies mentioned that tomatoes carry some potential nutrients that reduces the risk of cancer, heart disease and depression.

The study is published in the journal Nutrition.

Which health drink would you prefer to reduce belly fat? in Health News on LockerDome
Tags:
Tomato juiceWeight lossBeer bellyDietHeavy waistlines
Next
Story