It's official! Pomegranates have more health benefits than any other fruit

A review of a staggering 194 studies has shown that pomegranates are super healthy as they have more health benefits than any other fruit. 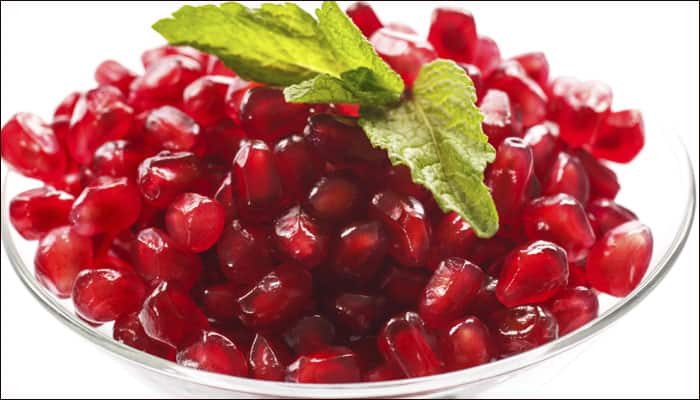 London: A review of a staggering 194 studies has shown that pomegranates are super healthy as they have more health benefits than any other fruit.

An analysis of the glut of global interest in the “superfruit” found it fights Type 2 diabetes, bowel and prostate cancers and improves athletic performance.

Researchers in Oxford looked at clinical trials over a year and findings have reignited interest in the effect of superfruits - especially pomegranates, the Daily Express reported.

Bio-medical researcher with consultancy ClickTell, Sepe Sehati, said that when they look at the time and effort invested in studies worldwide, pomegranate is the main focus, adding in a year, 194 studies have been published, more than any other fruit.

Sehati added that it has evidence that fruit juices and extracts have an impact on wellbeing.

“The accepted wisdom is that a superfruit is not a cure-all, but fruits can have beneficial health effects and pomegranate is an ancient fruit and have been thought to have health-giving properties for millennia,” Sehati added.

Sehati concluded that study after study suggests that the superfruit debate is not over.

Rich in nutrition, pomegranate is also rich in antioxidants and phytochemicals. It is considered as one of the most powerful, nutrient dense foods for overall good health.