To the delight of potato lovers, researchers have found a simple potato extract may limit weight gain from a diet which is high in fat and refined carbohydrates. 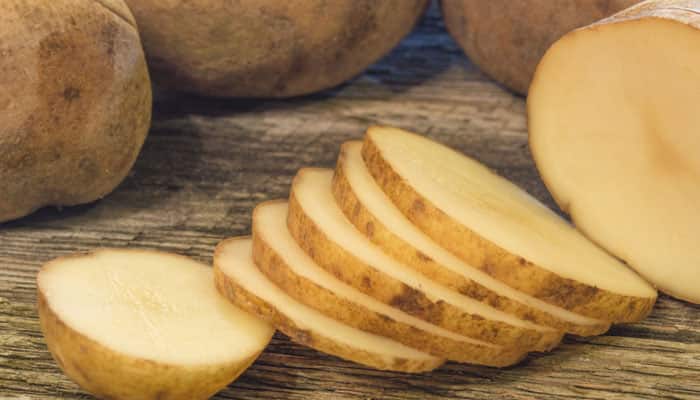 Toronto: To the delight of potato lovers, researchers have found a simple potato extract may limit weight gain from a diet which is high in fat and refined carbohydrates.

The benefits of the extract are due to its high concentration of polyphenols, a beneficial chemical component also found in fruits and vegetables, said the scientists from McGill University in Canada.

"We were astonished by the results," said Luis Agellon, one of the study's authors.

"We thought this can't be right - in fact, we ran the experiment again using a different batch of extract prepared from potatoes grown in another season, just to be certain," Agellon explained.

Popularly known for its carbohydrate content, the potato is also a source of polyphenols.

While carrying out the study, the researchers fed mice an obesity-inducing diet for 10 weeks.

As a result, the mice that started out weighing on average 25 grams put on about 16 grams. But mice that consumed the same diet but with a potato extract gained much less weight - only seven more grams.

"The daily dose of extract comes from 30 potatoes, but of course we do not advise anyone to eat 30 potatoes a day," principal author of the study Stan Kubow pointed out.

Although humans and mice metabolize foods in similar ways, clinical trials are absolutely necessary to validate beneficial effects in humans. Besides, the optimal dose for men and women also needs to be determined, since their metabolisms differ.

The study appeared in the journal Molecular Nutrition & Food Research.

E-cigarettes not as addictive as tobacco counterparts