While there is no specific food that can prevent you from getting breast cancer, it is believed that healthy eating habbits can help reduce your risk of developing breast cancer. 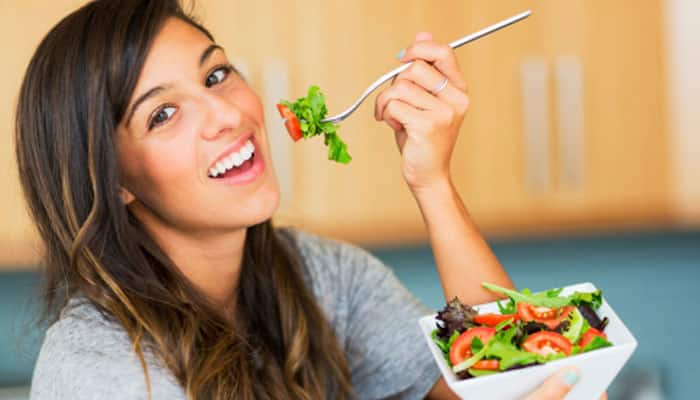 Recent studies have shown breast cancer overtaking as the leading cause of cancer deaths among Indian women.

The belief that breast cancer only affects older women has been proved wrong as more than 50% of women suffering from the disease are found in the age groups of 25 to 50. This shows that breast cancer can affect women as young as 20 years old.

While there is no specific food that can prevent you from getting breast cancer, it is believed that healthy eating habits can help reduce your risk of developing breast cancer.

Spinach: Research has shown that women who consumed spinach have a 40% lower risk of getting breat cancer. The carotenoids in spinach and other green vegetables remove unstable molecules called free radicals from the body before they damage it, thereby reducing the risk of cancers.

Broccoli: Broccoli is considered as one of the best foods that fight cancer due to the presence of a compound called sulforaphane. Studies shown that this compound reduced the number of breast cancer stem cells in mice.

Mushroom: Higher intake of mushroom is associated with a lower risk of breast cancer among premenopausal women. Mushrooms contain antioxidants such as L-ergothioneine that may confer cancer protection.

Turmeric: This spice contains a chemical compound called curcumin. In 2007, an American study in mice seemed to show that the active ingredient in curcumin helped to stop the spread of breast cancer cells to other parts of the body.

A number laboratory studies on cancer cells have also shown that curcumin does have anticancer effects.

Pomegranates: Delicious in taste and healthy, pomegranates contains a compound that might help fight cancer’s growth, especially estrogen-dependent cancers. A US studies also suggested that the seeds of pomegranates are filled with ellagic acid, a potent antioxidant that may inhibit an enzyme that plays a role in breast cancer development.