A new study has examined that Neu5Gc, a non-human sugar found in red meat, promotes inflammation and cancer progression in rodents. 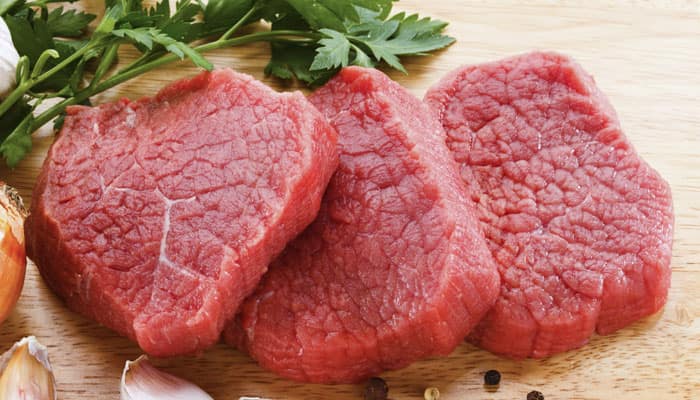 Washington: A new study has examined that Neu5Gc, a non-human sugar found in red meat, promotes inflammation and cancer progression in rodents.

The study conducted at the University of California, San Diego School of Medicine found that feeding Neu5Gc to mice engineered to be deficient in the sugar (like humans) significantly promoted spontaneous cancers. The study did not involve exposure to carcinogens or artificially inducing cancers, further implicating Neu5Gc as a key link between red meat consumption and cancer.

Principal investigator Ajit Varki, MD, Distinguished Professor of Medicine and Cellular and Molecular Medicine, said that until now, all of their evidence linking Neu5Gc to cancer was circumstantial or indirectly predicted from somewhat artificial experimental setups and this is the first time we have directly shown that mimicking the exact situation in humans feeding non-human Neu5Gc and inducing anti-Neu5Gc antibodies increases spontaneous cancers in mice.

The researchers had previously discovered that animal Neu5Gc can be absorbed into human tissues. In this study, they hypothesized that eating red meat could lead to inflammation if the body's immune system is constantly generating antibodies against consumed animal Neu5Gc, a foreign molecule. Chronic inflammation is known to promote tumor formation.

Varki added that the final proof in humans will be much harder to come by but on a more general note, this work may also help explain potential connections of red meat consumption to other diseases exacerbated by chronic inflammation, such as atherosclerosis and type 2 diabetes.

The study is published in the online early edition of the Proceedings of the National Academy of Sciences.