The adverse effects of a high-fat diet - high blood pressure and nutrition derived inflammation - can be reduced by eating bilberries, a study says. 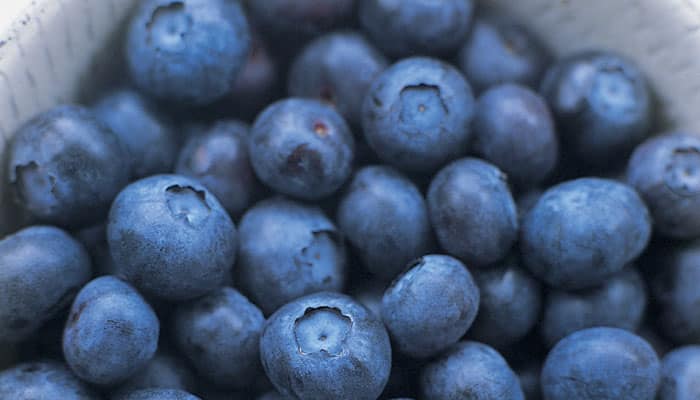 London: The adverse effects of a high-fat diet - high blood pressure and nutrition derived inflammation - can be reduced by eating bilberries, a study says.

For the first time, bilberries, also known as wild blueberries were shown to have beneficial effects on both blood pressure and nutrition-derived inflammatory responses.

"Bilberries reduce the development of systemic inflammation and prevent the progression of chronic hypertension, thus supporting their potential role in alleviating the adverse health effects associated with developing obesity," said the researchers from University of Eastern Finland.

The beneficial health effects of bilberries are thought to be explained by a component called polyphenols, especially anthocyanins, the levels of which are significantly higher in bilberries than in commercially cultivated blueberries.

The study focused on the health effects of bilberries on mice that were fed high-fat diet for a period of three months.

Some of the mice were fed either five percent or 10 percent of freeze-dried bilberries in the diet.

Bilberries diminished the pro-inflammatory effects of the high-fat diet, indicated by an altered cytokine protein profile and a reduced relative prevalence of inflammation supporting T-cells.

The study was published in the journal PLOS ONE.

Smartphone use on rise in hospitals