1965 War: When India's 'Asal Uttar' turned into a graveyard of Pakistani tanks 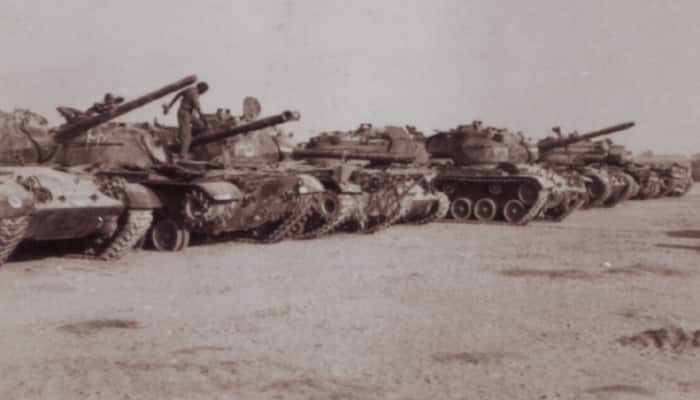 At the height of the 1965 war, Pakistan's General Ayub Khan made a sinister plan – capture Amritsar and block supplies to Indian forces in Jammu and Kashmir by capturing a bridge on River Beas on the road to Jalandhar.

The Indian forces thought bit best to fall back and form a defensive line to tackle the incoming enemy from a position of strength. They chose the village of Asal Uttar near Amritsar as the location for the battle.

The Pakistani armoured division was technologically far more superior. They were armed with more than 300 US-made Patton tanks, regarded as the best of its time. The defenders had only had only 135 tanks, mostly old and of World War-II vintage.

Read: 'Pakistan lost terribly in the 1965 war with India'

The Pakistani's had reasons to be confident of breaking through the defence line and reach Amritsar. But that was not be.

Clever military tactics – Indian Army had flooded sugar cane fields near Asal Uttar to slow down the Pakistani tanks and then launched a daring counter offensive.

During the battle, which is now known as the 'Battle of Asal Uttar', the Indian Army liquidated Pakistan's 1st Armoured Division and created a 'Graveyard of tanks', so much so that the area came to be known as Patton Nagar – given the presence of a large number of abandoned Patton tanks.

CQMH Abdul Hamid made the supreme sacrifice during the battle and was posthumously awarded the Param Vir Chakra.

Military historians have acknowledged the Battle of Asal Uttar as one of most important turning points of the 1965 war. Pakistan lost 97 tanks at Asal Uttar, a blow from which it never recover.

Please note: The Indian armed forces are making the golden jubille of the 1965 war with series of events. Shauryanjali, an exhibition, will be on display at India Gate lawns in Delhi from September 15-20. A carnival (Indradhanush) will be organized at the same venue on September 20. On September 22, Shradharpan (homage ceremony) will be held at the Amar Jawan Yoti at India Gate.