A proud Hindu in power in Delhi after 800 years: Ashok Singhal

In a statement that could evoke sharp reactions from 'secular' parties, Vishwa Hindu Parishad leader Ashok Singhal on Friday said it was after 800 years that Delhi is being governed by Hindus. 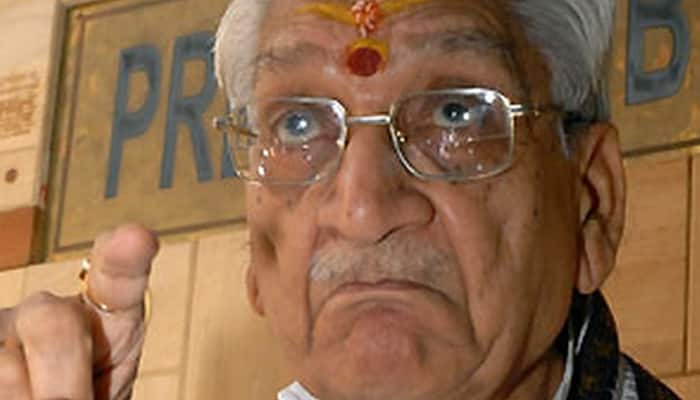 New Delhi: In a statement that could evoke sharp reactions from 'secular' parties, Vishwa Hindu Parishad leader Ashok Singhal on Friday said it was after 800 years that Delhi is being governed by Hindus.

The last Hindu ruler in Delhi was Prithviraj Chauhan.

Addressing an inaugural session of the three-day World Hindu Congress, Singhal referred to Narendra Modi leading the Bharatiya Janata Party to victory in the 2014 Lok Sabha polls and said power had returned to a "Hindu swabhimani (proud Hindu)" in Delhi after eight centuries.

Singhal said the VHP was founded in 1964 with the objective of creating "a fearless Hindu, an invincible Hindu".

"Eight hundred years after it (the power at Delhi) went away form Prithviraj Chauhan, it did not come into the hands of a proud Hindu. It has happened after 800 years," Singhal said.

The VHP supremo further said that he wanted "an indomitable Hinduism for the welfare of the whole world”.

The theme of the World Hindu Congress 2014 is visioned on the Hindu principle of 'Sangachchhadhwam Samvadadhwam' (Step Together, Express Together).

Around 1,500 delegates from over 40 countries are expected to participate in the event which will provide a global platform for Hindu society to deliberate and formulate solutions to the myriad challenges faced by Hindus worldwide and to devise workable and tangible solutions that can be implemented.