In what would add to Congress' discomfort over what is being termed as attempts to usurp its 'legacy' , Prime Minister Narendra Modi has announced that the government will run cleanliness campaign in every school from Nov 14 (Pt Nehru's birth anniversary) to Nov 19 when the nation will celebrate the birth anniversary of Indira Gandhi. 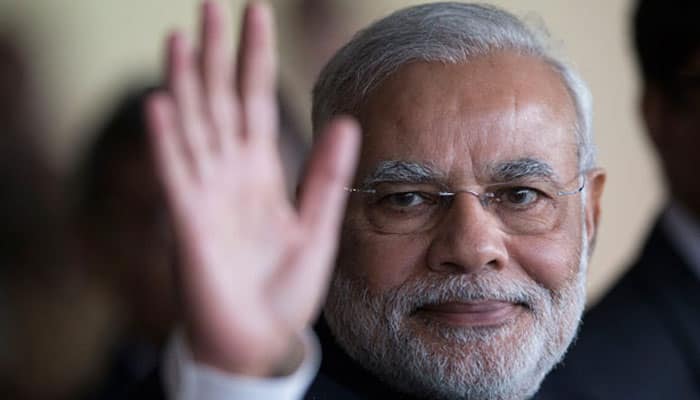 New Delhi: In what would add to Congress' discomfort over what is being termed as attempts to usurp its 'legacy' , Prime Minister Narendra Modi has announced that the government will run cleanliness campaign in every school from Nov 14 (Pt Nehru's birth anniversary) to Nov 19 when the nation will celebrate the birth anniversary of Indira Gandhi.

Speaking at an election rally in Hissar in Haryana, Modi said, “On Nov 14 when we celebrate the 125th Birth Anniversary of Pt. Nehru all the schools should be given lessons on cleanliness.”

“Government will run cleanliness campaign in every school, anganwadi from Nov 14 till Nov 19, the birth anniversary of Smt. Indira Gandhi,” he said.

Taking a dig at the Congress, Modi added, “Now that Congress has nothing to do, I urge them also to join the cleanliness drive.”

The latest move by PM Modi would put the Congress at greater unease given its discomfort with what is being construed as attempts to usurp the 'legacy' of party's greatest icons.

Earlier, the Congress had said that the ‘Swachh Bharat Mission’ could be reduced to a mere photo opportunity if it is not implemented as a “serious, tangible and real” concept.

Reminding that Mahatma Gandhi used to clean his toilet himself and that too not just once a year, Singhvi said unless the Government makes it “serious, tangible and real” and makes it a “24×7 concept” by providing sewerage, sanitation, “it will remain a photo opportunity and a lot of hullabaloo and a very little substance”.

Former union minister Rajiv Shukla also requested Prime Minister Narendra Modi to ensure that the drive is a continuous process. “It’s not that it should be there only for one, two or three days.

Apprehensions are that it may become symbolic,” he said, adding that Mahatma Gandhi should be accepted in totality and not in piecemeal. “Not that we accept certain aspects of Gandhi and defy others…,” he said.

Former union finance minister P Chidambaram said, “...Prime Minister has launched a new scheme called 'Swachh Bharat Abiyan,' which is nothing new but our 'Nirmal Bharat Abiyan.' It is the very same scheme and nothing new."

Listing out the schemes, which he claimed were nothing but a change of name, Chidambaram said, "Congress' Skill Development Mission is now BJP's Skill India scheme, Congress' financial inclusion is now BJP's Jan Dhan.

All the schemes are the same. But the BJP is talking big about these schemes with advertisements, which we should have also done."

Observing that while one should notice what the new government was doing, they should also observe what it wasn't doing, he charged that the 100 days employment scheme or NREGA was presently being destroyed step by step.

Expectedly, the BJP hit back at Chidambaram and dubbed his statement as 'ridiculous'.

"When your intentions were 'Aswacch' how could you be the generator of the Swachh Bharat Abhiyan. If P Chidambaram is saying that they were the generators of such kind of 'Abhiyan' in India then I would say that this is ridiculous," BJP spokesperson Sambit Patra said

"Only recently have the people of this country shown the mirror to the Congress. Prime Minister Narendra Modi in all his generosity and humility has said yesterday that this issue is the issue of the nation and therefore should not be politicized. I am pained that Congress has not taken any lessons from it and is trying to politicize a drive which is for the whole nation," he added.