Compassion International is a Christian charity organisation which is often accused of being engaged in religious conversions in India. 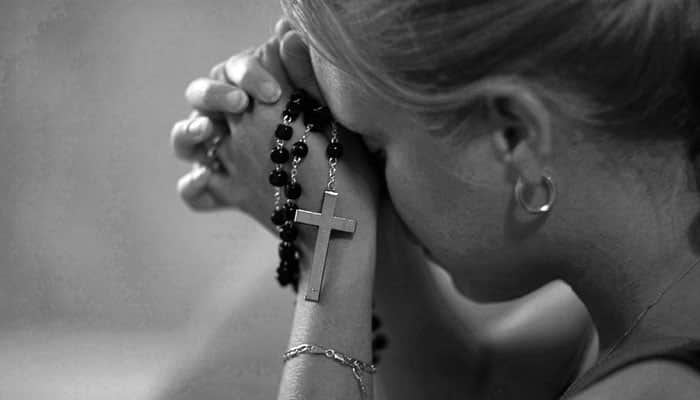 Washington: The Modi government's tough stand on regulating the flow of foreign funds to NGOs in the country has found opposition among a section of US lawmakers, who have now “expressed concern” over the alleged curbs.

Congressman Ed Royce, Chairman of the powerful House Foreign Relations Committee said, "It is my hope that by bringing attention to this issue, as were doing here today, the 145,000 children will not be tragically denied the services they desperately need, and that American families....can continue to send the USD 38 a month for food and education fees to the poorest of the poor.”

The clout of Christian NGOs in the US administration can also be gauged from the fact that US Secretary of State John Kerry had raised the same issue with External Affairs Minister Sushma Swaraj during his visit to New Delhi in September.

Among the organisations that are under the watch of the Indian government is Compassion International (CI) and Kerry had singled out its case while seeking a re-look from the government of India.

CI also featured prominently in Royce's statement. "In India, it (CI) is the single largest contributor of aid for children living in extreme poverty," he said.

"We have spent nine months and hundreds of hours dealing with the Indian bureaucracy on this, and it looks like the bureaucracy is trying to run out the clock," Royce said.

Compassion International is a Christian charity organisation which is often accused of being engaged in religious conversions in India.

A blog post on the website on Compassion's work in South America talks about the importance of church planting.

“So, what does Compassion have to do with church planting? Well, there is a common challenge in many countries where we work. We know where children are living in extreme poverty. We also know that 85% of people who follow Jesus Christ choose to do so between ages of 4-14. However, there are often no local Christ-centered churches in their communities — or no church that intentionally disciples children,” a blog post on the importance of church planting explains.

Interestingly, the India page only speaks only about its “holistic child development program” and says that a curb on its activities will impact the lives of more than 130,000 babies, children and young adults.

John L. Allen Jr, Editor, Cruxnow.com, a website that covers the Catholic Church, explained CI's motto in these words: “Compassion International is, beyond any doubt, a distinctly Christian charitable enterprise. Its motto, after all, is, releasing children from poverty in Jesus’ name.”

He goes on to attribute the restrictions on NGOs to the rise of Hindu nationalism after Narendra Modi became the Prime Minister.

However, the Indian Government has maintained that its policies are not aimed at any one particular NGO and all that it expects the NGOs to do is to 'follow the rules'.

A top Hindu American outfit has opposed the Congressional hearing on Compassion International's troubles in India.

Calling it "an undue endorsement" of one religion over other, Suhag Shukla, executive director of the Hindu American Foundation said, “We believe that Compassion International's claim that it is a humanitarian organisation only, while its publicly stated mission is evangelisation, is disingenuous."

“We are deeply concerned that diplomatic and congressional efforts on its behalf could be interpreted as a tacit approval of work that contradicts our nation's principles of religious freedom and pluralism," Shukla said after the House Foreign Relations Committee held the hearing.

“It also compromises "our ability to enforce compliance of US laws by foreign nationals and American credibility regarding commitment to law and order given Compassion International's disregard, at best, and circumventing, at worst, of Indian law," she said.

Home Minister Amit Shah voted along with his family and then visited Kameshwar Mahadev.

Gujarat Election 2022: What is the expectation of youth regarding Gujarat elections, listen to them

Jyotish Guru Show: Know the solution of your problem