India's most loved former president APJ Abdul Kalam passed away on Monday after he suddenly fell ill during an event in Shillong. 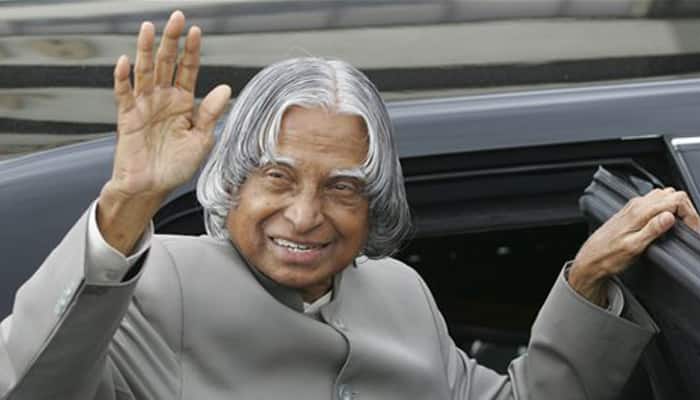 Shillong: India's most loved former president APJ Abdul Kalam passed away on Monday after he suddenly fell ill during an event in Shillong.

The 83-year-old president breathed his last at 6:40 PM following a massive cardiac arrest while delivering a lecture at the Indian Institute of Management in Shillong. Kalam, who loved to interact with students and encourage them to work for the country, passed away while interacting to students.

He was rushed to the Bethani Hospital. After putting in their best efforts, doctors could not revive his heart beat. He was later declared brought dead.

Chief Secretary PBO Warjiri told reporters outside the hospital that he had spoken to Union Home Secretary LC Goyal asking for necessary arrangements to be made for carrying Kalam's body from Guwahati to Delhi tomorrow morning, as per PTI.

A seven-day national mourning was declared by the Centre. Also, both the Houses of Parliament are likely to make obituary references and adjourn as a mark of respect to his memory.

President Pranab Mukherjee, Prime Minister Narendra Modi, Union Ministers and leaders cutting across political lines condoled Kalam's death and hailed him as people's President who will remain so even after death. Modi described him as 'marg darshak'.

His body will be taken to Delhi tomorrow morning.

It will be taken by an Air Force helicopter to Guwahati at 5.30 AM and from there to Delhi at 6.30 AM by a special aircraft, defence PRO Amit Mahajan said.

Born on October 15, 1931, in Rameswaram, Avul Pakir Jainulabdeen Abdul Kalam made his mark as one of India's top space scientists before taking over as the 11th President of India from 2002 to 2007.

A bachelor, the former President was a veena player and was deeply interested in Carnatic music. He was vegetarian all his life.