Refusing to apologise for his derogatory remark against AAP legislator Alka Lamba, OP Sharma remained defiant and said he has done nothing wrong. 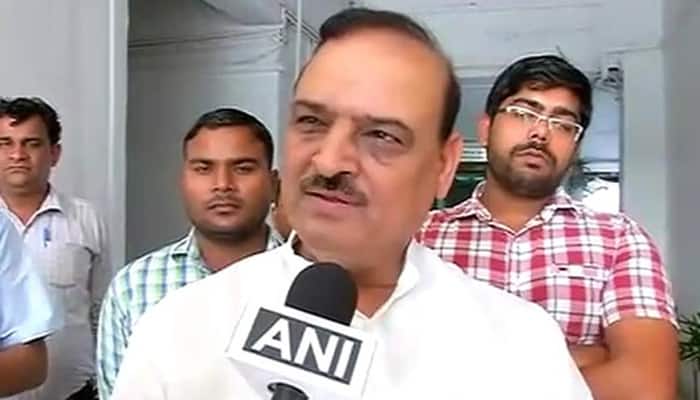 New Delhi: Controversial Delhi BJP MLA OP Sharma, who was suspended from the Assembly, on Wednesday said the Delhi Chief Minister Arvind Kejriwal is like a 'Ravana'.

"Kejriwal is like a Ravana, who keeps lies throughout the day. He doesn't know how to govern a state. He always tries to give wrong directions to the issues," said Sharma.

Refusing to apologise for his derogatory remark against AAP legislator Alka Lamba, Sharma remained defiant and said he has done nothing wrong.

"I won't apologise. There is nothing wrong in my statement and so I see no reason to apologise. I am a simple man and will not refrain while rebutting if someone tries to harm me," added Sharma.

Sharma, who represents Vishwas Nagar constituency, was slapped a two-day suspension for making a abusive remarks against the AAP MLA Alka Lamba.

Sharma made the remarks during a discussion in assembly on homeless people and night shelters in the city, initiated through a calling attention motion by BJP's Vijender Gupta. Gupta said this year 402 deaths of homeless persons were reported till date, under Kashmiri Gate police station area in the city, while the number was 221 last year and alleged that the AAP government was not serious about this matter. Alka LambaLamba intervened in the discussion saying that the deaths were not due to cold but due to "use of drugs".

This prompted Sharma to counter Alka and make a personal derogatory comment against her.

AAP MLAs immediately voiced their protest over the remarks and rushed into the well of the House shouting slogans and demanding his expulsion.

The Speaker expressed his regret over the incident and suspended Sharma till Thursday.

"Delhi Police is not taking any action against BJP MLA OP Sharma. He called me a 'Bazaaru Aurat' who roams on roads during night," said Alka Lamba."

"Sharma's Assmebly membership should be canceled and an appropriate legal action should be initiated against him," added Lamba.

Mulayam defends Aamir Khan, says 'everyone has right to voice their opinion'