Chill returns to North India; 46 trains canceled due to fog

Cold conditions were back in the north as temperatures fell across the region including in Jammu and Kashmir. 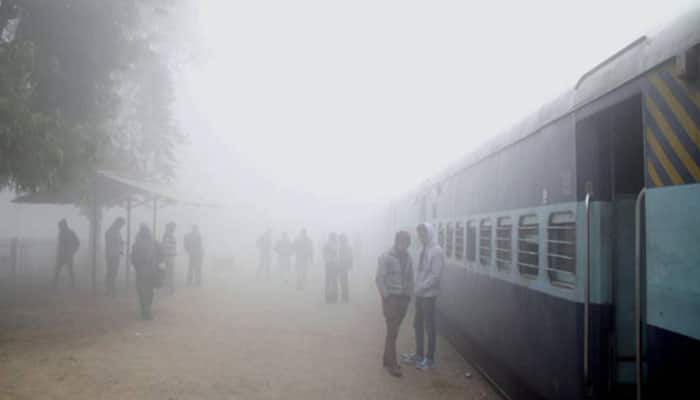 New Delhi: Cold conditions were back in the north as temperatures fell across the region including in Jammu and Kashmir where weatherman has predicted a further drop in mercury, while fog forced the cancellation of 46 trains.

Delhiites too experienced slight nip in the air.

The minimum temperature dropped two notches below the normal to settle at 6.6 degrees Celsius, while the maximum was recorded at 21.3 degrees, a notch below the season's average, said a MeT official.

Visibility was recorded at 1,000 metres at 8.30 AM, but it improved to 3,000 metres at 11.30 AM. While flight operations were normal,12 Delhi-bound trains were reported to be running late and 46 of them were cancelled.

Humidity in air oscillated between 34 and 100 per cent. Cold conditions persisted in most places in Punjab and Haryana with Amritsar shivering at 2.6 degrees Celsius.

Ludhiana residents also experienced a cold night at 5 degrees Celsius, which was three notches below normal, while Patiala braved the chill at a low of 6.4 degrees.

In Kashmir, the mercury plunged across the region and settled below the freezing point in most places, even as the weatherman predicted further drop in the minimum temperature. Srinagar recorded a low of minus 1.7 degrees Celsius, down nearly two notches from previous night's zero degrees Celsius, an official of the Meteorological department said.

The nearby Kargil town was the coldest recorded place in Jammu and Kashmir with the night temperature settling at minus 14 degrees Celsius against the previous night's minus 13.4 degrees Celsius.

Reservation is not being scrapped: What PM Narendra Modi said – in five points