'It seems like that it was a conspiracy to implicate then Gujarat CM and others.' 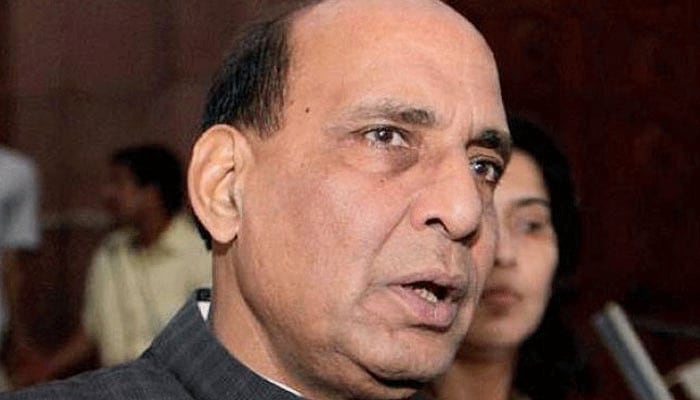 Speaking in the Lok Sabha, Rajnath said, “Not only India but also the entire world is facing the menace of terrorism today. Any issue related to terrorism should not be politicised.”

The UPA government, in its first affidavit, had confirmed that Ishrat was a LeT operative. However, in the second affidavit, the government tried to weaken this fact, Rajnath said.

The Home Minister added that Headley's statement on Ishrat's links with LeT was just a confirmation of what the UPA government had mentioned in the first affidavit.

“Be it Ishrat Jahan's case or any other such case, there shouldn't be flip-flop by any government,” he said.

“It seems like that it was a conspiracy to implicate then Gujarat CM and others,” Rajnath said.

The Home Minister also slammed the Congress over 'saffron terrorism'. People who call themselves secular had given communal colour to terrorism by coining the term saffron terror, he said.