Countdown begins for International Yoga Day; PM Modi to reach Rajpath at 6:40 am on Sunday

Prime Minister Narendra Modi will on Sunday lead the nation in observing the first International Day of Yoga. 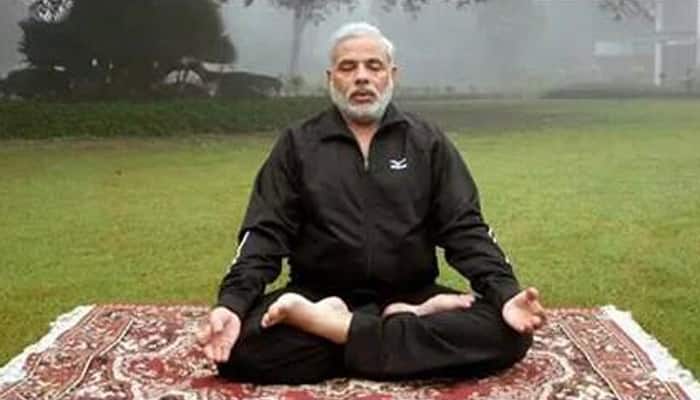 New Delhi: Prime Minister Narendra Modi will on Sunday lead the nation in observing the first International Day of Yoga.

The PM will arrive at Rajpath at 6:40 am. He will then address the gathering from 6:40 am – 7 am, said Shripad Naik, Minister for AYUSH.

A full dress rehearsal for the event was conducted early Friday morning amid tight security at Rajpath, with thousands of people performing various 'asanas'.

The participants, mostly young men and women from various colleges and NCC cadets, had come prepared with mats and water bottles for the final practice before the big day.

Government officials and defence force personnel would also be part of a large contingent that would perform the ancient regimen of exercises and breathing techniques tomorrow.

A number of large screens have been put up on both sides of the Rajpath to allow participants to know how to adopt the correct Yoga postures.

Meanwhile, massive security arrangements are already in place and the Delhi Police and other security agencies have deployed personnel in and around the area.