In a letter to Indian Prime Minister Narendra Modi, a Gilgit-Baltistan leader has said that India is legally and morally obligated to liberate the people there from Pakistani occupation. 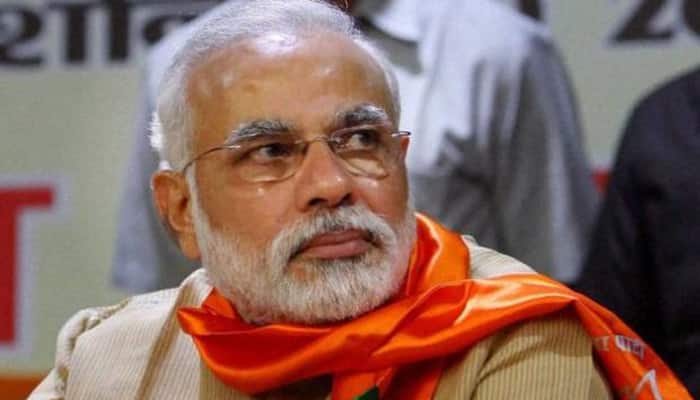 Bangkok: In a letter to Indian Prime Minister Narendra Modi, a Gilgit-Baltistan leader has said that India is legally and morally obligated to liberate the people there from Pakistani occupation.

"You are the first Prime Minister of India who mentioned PoGB (Pakistan occupied Gilgit Baltistan), besides Balochistan. Although Balochistan was made a province of Pakistan in 1948, PoGB is constitutional part of India as per the Maharaja of J&K Hari Singh`s instrument of accession of 26 Oct 1947. There are seats reserved for the representatives of PoGB in J&K according to the resolution passed by parliament in 1994, which remain vacant," said the letter written by Balawaristan National Front (BNF) chairman Abdul Hamid Khan.

It said that no such legal instrument exists in favour of Pakistan and its Constitution and the Supreme Court accepts PoGB as a disputed part of J&K, thus proving that PoGB is a constitutional part of India.

"It is a legal and moral obligation of the Indian government to liberate the area and protect the people from the tyranny of Pakistan," said the letter."

Since 1992, the Balawaristan National Front (BNF) is struggling to emancipate this strategically most important and disputed region, from the occupation of Pakistan. BNF is facing sedition charges of section 124A. For the last two years, Pakistan has started to impose terrorist laws against nationalists and even those who speak for rights. Many people, including Baba Jan and Tahir Ali are undergoing life imprisonment under terrorist law, because they publicly raised voices against cruelties of occupying regime," read the letter.

It mentioned that this year Pakistan introduced a new law called "Schedule 4" on the directives of China.

"About 140 people from PoGB have been put under this draconian law, which stipulates that the person cannot move outside of his/her area without permission of SHO and further he/she has to report to SP of district, if and when he has to leave the concern district. He/she cannot go to School, Hospital, railway Station, Bus station and Airport and other public institutions.

"The letter said that the police and intelligence agencies are also searching for other BNF workers to arrest more and more workers to create a menace among the people, so nobody can dare to ask for rights till the occupying regime of Pakistan hands over the control of Gilgit-Baltistan to China by using the pretext of China-Pakistan economic Corridor (CPEC).

Hamid appealed to Prime Minister Modi to provide shelter, safety and security to the people of PoGB, who face death sentences or life imprisonment over false cases by Pakistan.

"It will be a magnificent gratitude on us, if your honour announces the citizens of PoGB who are facing death sentence and life imprisonment to approach any Indian Embassy worldwide, so their lives can be protected in India, because they are Indian citizens legally and constitutionally," Hamid said in the letter.

Samajwadi Party's family drama is of no interest in UP: BSP