Lashker-e-Toiba founder and mastermind of Mumbai terror attacks Hafiz Saeed was seen at the Pakistan Rangers’ border outpost (BOP) across Samba sector in Jammu and Kashmir on Saturday night, a report said on Monday. 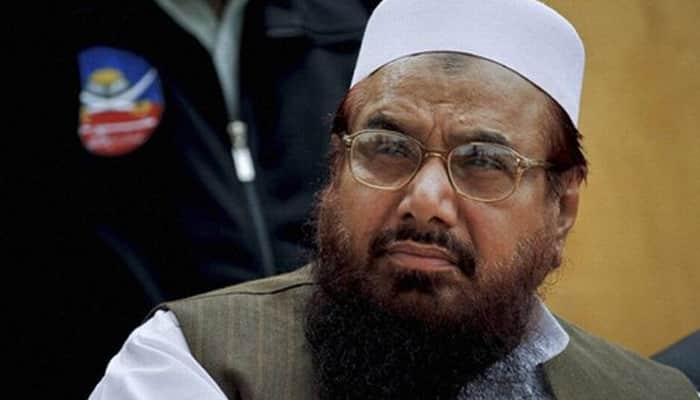 New Delhi: Lashker-e-Toiba founder and mastermind of Mumbai terror attacks Hafiz Saeed was seen at the Pakistan Rangers’ border outpost (BOP) across Samba sector in Jammu and Kashmir on Saturday night, a report said on Monday.

This is not the first time Saeed was noticed along the Indo-Pak border.

Last year, the LeT founder visited a number of places along the international border and Line of Control and held rallies which were "highly critical of India".

Albeit there has been no ceasefire violation by the Pakistani troops on the international border since Saturday evening, yet the Border Security Force noticed vehicular movement at a Pakistan outpost and heard “Hafiz Saeed zindabad” slogans, just 500 metres across the Indian BOP in Samba sector.

Saeed was spotted at a time when the tensions between India and Pakistan have mounted due to Pakistani gunfire across the border.

Around 1,400 villagers fled their homes on Saturday due to indiscriminate shelling by Pakistan Rangers. They are still camped at safer places away from their homes.

They were in camps at Hiranagar, Chan Kahtriyan and Maren in Kathua and at Regaal and Chichi Mata in Samba.

A woman was killed and eight other civilians were injured Saturday in Pakistani shelling along the international border in Samba and Kathua, Police said.

The LeT founder was the mastermind of 26/11 Mumbai terror attack and one of the most wanted persons in India.