Dr Swamy had said that the population of Hindus must remain above 80% of the country’s total population at all times. 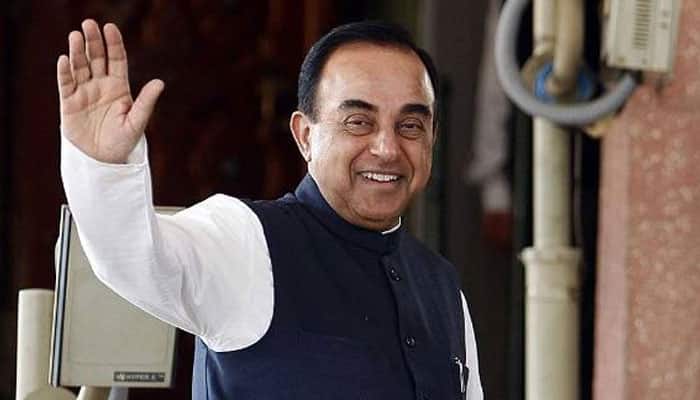 New Delhi: BJP Rajya Sabha Member Subramanian Swamy has reiterated that a Hindu majority is a requisite for maintaining “democracy” and “secularism” in India.

According to a report by Aaj Tak, the senior BJP said that India will remain till the time Hindus constitute 80% of the country's total poulation.

Swamy made this remark while addressing a seminar on the 'Need for a Uniform Civil Code in Indiá' in the national capital on Wednesday.

Advocating the need for a Hindu majority, Swamy said that the population of Hindus must remain above 80% of the country’s total population at all times.

“When there is a Hindu majority a democracy and secularism reign. Whenever Muslims are in majority - whether it’s the Kashmir Ghati or Malappuram in Kerala - there is no democracy or secularism. Hindus are in danger in such places,” he reportedly said.

He specified three temple-mosque disputes that the BJP-led Modi government must look into — the Ram Janmabhoomi and Babri Masjid in Ayodhya, the Kashi Vishwanath temple and Gyanvapi mosque in Varanasi and Krishna Janmabhoomi and Shahi Idgah mosque in Mathura.

Calling for a Uniform Civil Code in the country, Dr Swamy expressed confidence that the Narendra Modi government will surely implement it across the length and breadth of the country.

He further remarked that a large sections of Muslims like Shias, Barelvis and Bohras are not against the implementation of a Uniform Civil Code, however, Wahabi Sunnis continue to oppose it.

Modi govt@2: Have an enormous task ahead, says PM