I asked Jayanthi Natarajan to save environment, adivasis: Rahul Gandhi

Breaking his silence on former union minister Jayanthi Natarajan's allegations, Congress vice president Rahul Gandhi on Wednesday said that he had asked her ex-colleague to save the environment and adivasis. 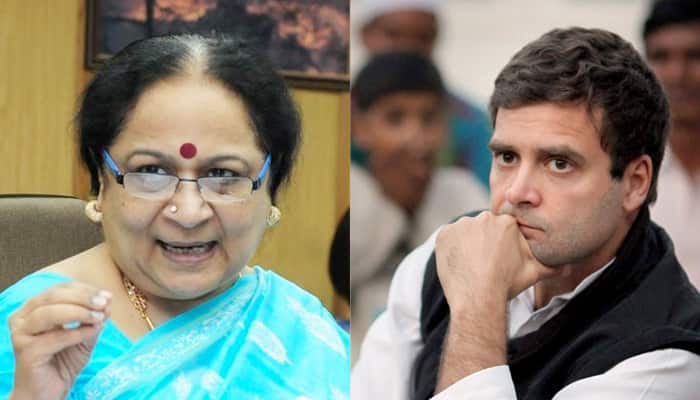 New Delhi: Breaking his silence on former union minister Jayanthi Natarajan's allegations, Congress vice president Rahul Gandhi on Wednesday said that he had asked her ex-colleague to save environment and adivasis.

Addressing an election gathering in Delhi, the Congress vice president said, “I have always fought for the underprivileged and I will continue to do so fearlessly.”

Rahul's reaction came a week after Natarajan announced her resignation from the primary membership of the party and accused the Congress vice president of interfering in the Environment Ministry during her stint.

While quitting Natarajan stated that the grand old party was no longer the party that she had joined 30 years ago, and said, "It is an extremely painful, heart-rending day for me, because my family has been associated with the Congress since its inception. I am a fourth-generation Congress worker and have Congress blood running in my veins. It is an extremely anguished moment that it has come to this position when I have to re-think my association with the Congress Party."

Giving the reasons why she was feeling overlooked by the Congress high command, Natarajan stated that despite all allegations, she was merely following the party line.

Indian among undocumented students invited by Obama to White House