Amid growing tensions along the border and LoC, India on Friday told Pakistan that it will not fire the first bullet. 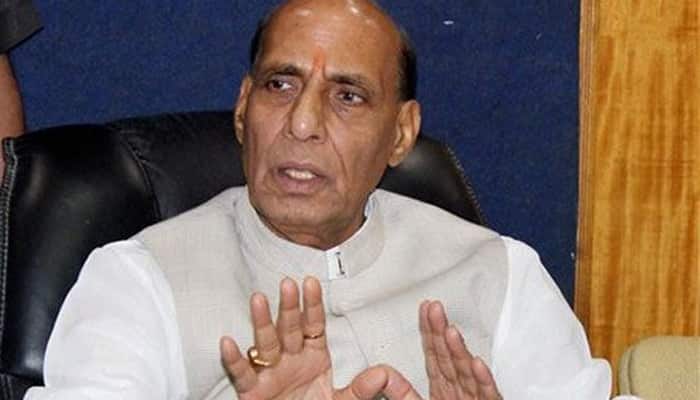 New Delhi: India can be called "more Islamic than Pakistan" as more Muslims live here than that country, Home Minister Rajnath Singh today told the chief of Pakistan Rangers who called on him to discuss ways to keep the border peaceful.

During the interaction, Singh said India wants peace with all neighbours, including Pakistan, and will not fire the first bullet but asked the Rangers to ensure no infiltration takes place from their side.

In his response, Maj Gen Umar Farooq Burki, the head of Pakistan Rangers' delegation, told Singh that he was the "mere DG of a force and not the leadership" like the Home Minister and could not give any commitment in this regard. He said he would convey Singh's message to the Pakistani leadership.

Burki said his country also wanted peace along the border and cordial relations with India and that there could have been some incidents at the border where firing took place due to misunderstanding or by mistake.

Singh said that "Like India, Pakistan, too, is a victim of terrorism" and both countries must unite against the menace.

The Home Minister noted that India is home to all the 72 'firkas' (sects) of Muslims, which no other country has.

"India has more Muslim population than Pakistan. India can be called as more Islamic than Pakistan," he said.

Burki, who is here for talks with BSF DG D K Pathak, responded, "Your country is very big and vast. It is a great nation. We also want to have very good relations with India."

He also mentioned that both sides hope to defuse the situation along the Indo-Pak border in future amicably.

Singh said India wants friendly relations with all its neighbours and that was the reason why Prime Minister Narendra Modi had invited all heads of neighbouring countries when he took charge and even met his Pakistan counterpart Nawaz Sharif at Ufa in Russia.

"India will not fire the first bullet towards Pakistan along the border," Singh told Pakistan Rangers.
The Home Minister further told the Pakistan Rangers it should ensure that no infiltration takes place from Pakistan to India.

US manufacturing sector appeals for 'serious policy reforms' in India