Rapid warming of the Indian Ocean in the past century has led to a significant decrease in summer Monsoon rainfall over the central-east and northern regions of India, a new study led by an Indian scientist said on Tuesday. 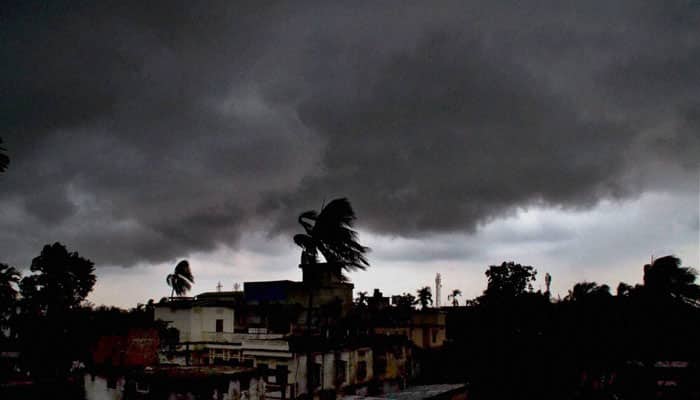 Washington: Rapid warming of the Indian Ocean in the past century has led to a significant decrease in summer Monsoon rainfall over the central-east and northern regions of India, a new study led by an Indian scientist said on Tuesday.

An international team of researchers led by Dr Roxy Mathew Koll, from the Indian Institute of Tropical Meteorology (IITM), Pune, found that the summer Monsoon rainfall during 1901-2012 showed a weakening trend over parts of South Asia.

The reduction in rainfall was significant over the central-east and northern regions of India, along the Ganges-Brahmaputra basins and the Himalayan foothills.

In the study published today in the journal Nature Communications, the researchers reported that the reduction in summer rainfall over central-east India during the past century is about 10 to 20 per cent.

"The Gangetic plains of India are the most heavily populated, and where agriculture is still largely rain-fed. Hence a significant reduction in rainfall over this region can be detrimental to the socio-economic livelihood in this region," Koll told PTI.

The researchers used climate model experiments to demonstrate that the reduction in rainfall is linked to the rapid warming of the Indian Ocean, especially its western part, during the past century.

The Indian Ocean warming, along with a relatively subdued warming of the Indian subcontinent, has played a key role in weakening the land-sea thermal contrast, a major driver of the South Asian Monsoon, researchers said.

Under the global warming scenario, the Monsoon drivers are supposed to get stronger, which should result in increased rainfall. One of the major Monsoon drivers is the land-sea temperature difference in summer, which drives the Monsoon circulation towards the subcontinent.

Previous studies suggested that the land in the northern hemisphere is warming much faster than the oceans, which implies that the Monsoon driver should be getting stronger.

Also, the rising ocean surface temperatures entail increased moisture availability in the atmosphere due to increase in evaporation and moisture holding capacity of air.

However, that is not the case for the South Asian Monsoon, the study found.

The researchers said that contrary to what earlier studies have found, the land-sea thermal contrast over the South Asian domain has in fact reduced in the past decades.

This reduction in land-sea temperature is primarily contributed by a strong warming in the Indian Ocean.

The surface warming in the Indian Ocean, especially that in the western regions, have reached values of up to 1.2 degrees Celsius during the past century, much larger than the warming trends in the other tropical oceans.

Apart from the ocean warming, a part of the decrease in land-sea temperature difference is also due to suppressed warming over the Indian land mass, possibly due to increased aerosols or reasons which are still uncertain, researchers said.

The warming Indian Ocean also plays a role in weakening the Monsoon circulation. Increased warming in the ocean enhances the large-scale upward motion of warm moist air over the equatorial ocean.

This enhanced upward motion over the ocean is compensated by subsidence of dry air over the subcontinent, inhibiting convection and rainfall over the Indian landmass.

"This means that a warming Indian Ocean has resulted in enhanced rain over the ocean but at the cost of rainfall over land, thereby drying the Indian subcontinent," Koll said.

The study noted that climate models suggest that Indian Ocean will continue to warm under increasing greenhouse gases. It remains to be seen whether this will weaken the Monsoon further.

The researchers at IITM are working to address questions such as these.

"We have developed an Earth System Model at IITM, which will be the first climate model from South Asia contributing a set of climate simulations for the next Intergovernmental Panel on Climate Change (IPCC) Assessment Reports," Koll said.

"Development of this model is carried out with a focus on the Indian Monsoon, and future climate projections for the Monsoon region may be available in two to three years," he added.

The study was part of an Indo-French collaboration under the National Monsoon Mission set-up by India's Ministry of Earth Sciences.

Koll conducted the research in collaboration with other IITM scientists Ritika Kapoor, Ashok Karumuri and B N Goswami.