The two-century-old Shree Siddhivinayak temple in Mumbai devoted to the Hindu elephant-headed god Ganesha bristles with close circuit cameras and is guarded by 65 security officers. 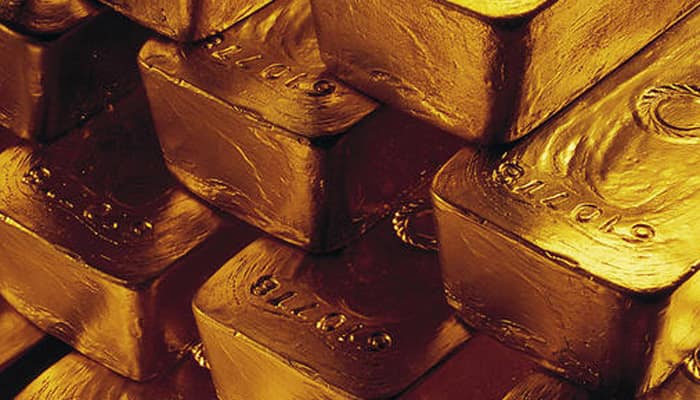 It is one of India`s richest temples, having amassed 158 kg of gold offerings, worth some $67 million, and its heavily guarded vaults are strictly off limits.

India is the world`s biggest consumer of gold and its ancient temples have collected billions of dollars in jewellery, bars and coins over the centuries - all hidden securely in vaults, some ancient and some modern.

A few years ago a treasure of gold worth an estimated $20 billion was discovered in secret subterranean vaults in the Sree Padmanabha Swamy temple in Kerala state.

Now, Prime Minister Narendra Modi wants to get his hands on this temple gold, estimated at about 3,000 tonnes, more than two thirds of the gold held in the U.S bullion depository at Fort Knox, Kentucky, to help tackle India`s chronic trade imbalance.Modi`s government is planning to launch a scheme in May that would encourage temples to deposit their gold with banks in return for interest payments.

The government would melt the gold and loan it to jewellers to meet an insatiable appetite for gold and reduce economically-crippling gold imports, which accounted for 28 percent of India`s trade deficit in the year ending March 2013.

India`s annual gold imports of 800 to 1,000 tonnes could be cut by a quarter if temples decided to participate in the scheme, say government and industry sources.

"We would be happy to deposit our gold to nationalised banks if the policy is beneficial, safe and earns good interest," said Narendra Murari Rane, chairman of the trust for the Siddhivinayak temple, portions of which are gold-plated.

But some Hindu devotees are not happy with the idea that their offerings could be melted down.

A Mumbai-based gold merchant, who said he and his father had donated around 200 kg of gold to Siddhivinayak and other temples over the years, said it would be a sin for the temples to earn interest on the gold offered to the gods.

"I make donations to God; not to any temple trust," the 52-year-old merchant said.

Modi would also like to convince Indians to open their family vaults, which hold an estimated 17,000 tonnes of gold in jewellery and other heirlooms.

But it will be much harder to convince Indian families, who sometimes have little faith in financial institutions, to break tradition and hand over gold passed down the generations.

India`s love affair with gold spans centuries is rooted in the Hindu religion. One of the biggest annual buying seasons is the Diwali festival around October to November. Gold marriage dowries are widespread and with 70 percent of the population rural, gold is financial security.

Key to Modi`s plan will be the interest rates offered for gold deposits.

A similar gold monetization plan launched in 1999 proved ineffective, in part because the interest rates offered on gold deposits were regarded by temple officials as too low.

Under that scheme India`s top lender the State Bank of India offers 0.75 percent to 1 percent and only 15 tonnes of gold has been deposited so far.

Temple officials at Siddhivinayak and Shri Saibaba Sansthan in Shirdi, both in the western state of Maharashtra, say they expect interest rates in the new scheme to be much higher and so would consider participating.

The government plans to reveal rate details when it launches the new scheme. Siddhivinayak`s Rane said he expected at least 5 percent interest on gold deposits.

Rajendra Jadhav, executive officer of the Shri Saibaba Sansthan temple trust, said rates will also be key to his temple`s decision. He declined to say how much gold the temple, dedicated to a 19th century saint, had in its vaults.

India raised the import duty on gold, the country`s biggest non-essential import, and imposed other restrictions in 2013 after the current account deficit hit a record $190 billion.

If India can cut imports, that would pressure gold prices that fell to a four-month low last month before recovering. Lower gold prices will help India cut its import bill.However, a successful scheme could also expose the government to potential risks, if gold prices were to take off and depositors decided to withdraw at the same time.

"There is going to be a lock-in period under the new gold monetizing scheme," said Sudheesh Nambiath, an analyst at precious metals consultancy GFMS. "Banks will have to replenish the stocks with imports later (if temples withdraw gold)."

VK Singh gets hero's welcome on return from Yemen, clarifies on controversial tweets