Areeb Majeed, suspected member of terror outfit Islamic State of Iraq and Syria (ISIS), has revealed the names of the local contacts, who allegedly provided him the logistics to join the group to take part in the battle in Iraq, NIA officials said today. 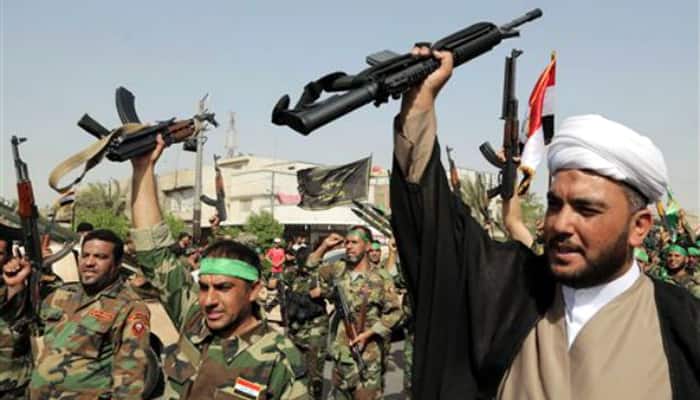 Mumbai: Areeb Majeed, suspected member of terror outfit Islamic State of Iraq and Syria (ISIS), has revealed the names of the local contacts, who allegedly provided him the logistics to join the group to take part in the battle in Iraq, NIA officials said today.

Majeed also disclosed how he was completely sidelined by the terror group as he had been asked to carry out menial tasks like cleaning toilets or providing water to those on the battlefield, instead of being pushed into the warzone.

"Majeed was today grilled for several hours when he revealed the names of the local contacts, who radicalized him and his three other friends here, and helped them fly to Iraq. We are verifying his claims and are trying to locate these local contacts," a National Investigation Agency official said.

However, the officer refused to divulge the names of the local supporters here saying it would derail the probe.

Asked for how many months he participated in the battle on the ground, the 23-year-old ISIS 'recruit' said he was completely ignored and asked to clean the toilets and arrange water for those battling with the security forces.

He told the investigators that despite his immediate supervisor's request, the ISIS cadres did not allow him to participate in the battle.

His resolve to take part in the war weakened after he was left unattended for his bullet injury for three days before being taken to a hospital, he told them.

"Only after I begged them, I was taken to a hospital. I was treating myself, but the injury was worsening as there was no proper medication or food available in the camps," Majeed told investigators.

"There was neither a holy war nor any of the preachings in the holy book were followed. ISIS fighters raped many a woman there," Majeed said while responding to one of the questions, an NIA official said.

Admitting that he and his three friends from Kalyan underwent training on handling of sophisticated AK 47 and rocket launchers, Majeed claimed the Indians were considered to be physically weak.

Majeed was arrested on Friday on his return to Mumbai after spending nearly six months in Iraq. He was booked under the Unlawful Activities Prevention Act (UAPA) on charges of conspiring to commit a terrorist act and being a member of a banned foreign terror outfit, and under the stringent Section 125 of the IPC for "waging war against the nation".

In May this year, four youths from Kalyan town -- Majeed, Shaheen Tanki, Fahad Shaikh and Aman Tandel -- had left India to visit holy places in West Asia, but disappeared thereafter. They were suspected to have joined the ISIS.

According to police, the four engineering students flew to Baghdad on May 23 as part of a group of 22 pilgrims to visit religious shrines in Iraq.

The next day, Majeed had called his family from Baghdad and apologised for having left without informing them. Upon returning to India, other pilgrims had told the police that, Majeed, Fahad, Aman and Saheen had hired a taxi to Fallujah, a city west of Baghdad, which had emerged as the epicentre of Iraq's deadly insurgency.

On August 26, Tanki called up Majeed's family and told them that their son had become a "martyr" claiming that the latter died fighting for ISIS in Syria.

Accordingly, the next day, Areeb Majeed's family performed 'Janaza-e-gayabana' (prayers for the departed soul in the absence of the body) in Kalyan.

Congress hits back at Jaitley, says BJP disrupted Parliament when in Opposition