A Kerala student, who was denied admission in the Delhi University (DU) despite scoring 100 percent in Class 12 exams, on Friday filed a writ petition in the Delhi High Court, challenging the admission guidelines. 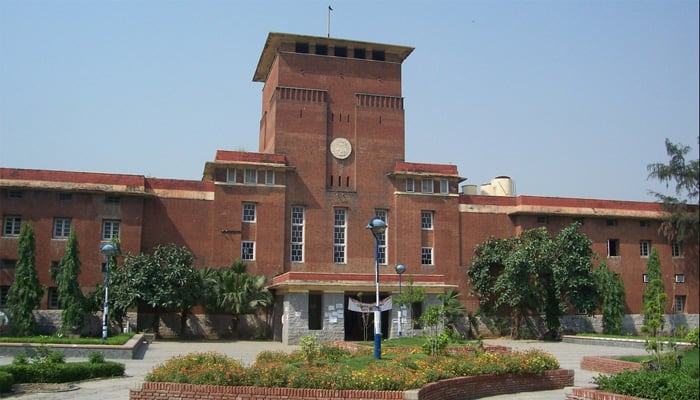 New Delhi: A Kerala student, who was denied admission in the Delhi University (DU) despite scoring 100 percent in Class 12 exams, on Friday filed a writ petition in the Delhi High Court, challenging the admission guidelines.

As per the admission guidelines of DU, 10 percent marks are deducted from the best of four subjects of candidates from boards with different marking patterns.

While agreeing to hear the matter, the Delhi HC has issued a notice to the DU and its affiliated colleges as well as Kerala Higher Secondary Board, asking them to reply in this matter on Monday.

The first cut-off list released on June 25 for Delhi University's undergraduate courses has yet again "sky-rocketed" with two colleges this time setting the threshold at 100 percent for admission to the B.Sc (Computer Science) course.

Although only the College of Vocational Studies and Indraprastha College for Women have announced 100 per cent cut-off for the first list, the required percentage is coming to beyond 100 for a few courses and categories in other colleges as well after taking into account certain "hidden, additional criterion".

The Shri Ram College of Commerce (SRCC) set the percentage for Economics (Honours) set at 98.25 percent, while the cut off for Bachelor of Commerce (Honours) was 97.375 percent for general category students.

The cut off set for B Com (Honours) at Hindu College was 97.25 percent and 98 percent for Economic (Honours).

Kirorimal College set its percentage for Economics and Political Science at 98, while for B.Com (Honours), it was 97.25 percent. The college set a 91 percent threshold for the B.A. programme and 96.75 percent for English.

Lady Shri Ram College for Women kept a 98.25 percent for English, while it was 98 percent for B.Com (Honours), Economics and Psychology.

While Gargi College set a 97 percent for both English and B.Com (Honours), Miranda House set a percentage of 97.5 for its Economics and English courses and 95.5 percent its B.A. Programme.

Shaheed Bhagat Singh College kept an 85 percent for B.A. Programme, while the percentage for B.Com (Honours) at the college was 96.25 percent. The college`s cut off for Economics was set at 96.5 percent.

Digvijay Singh calls for change in guidelines for Arms licences