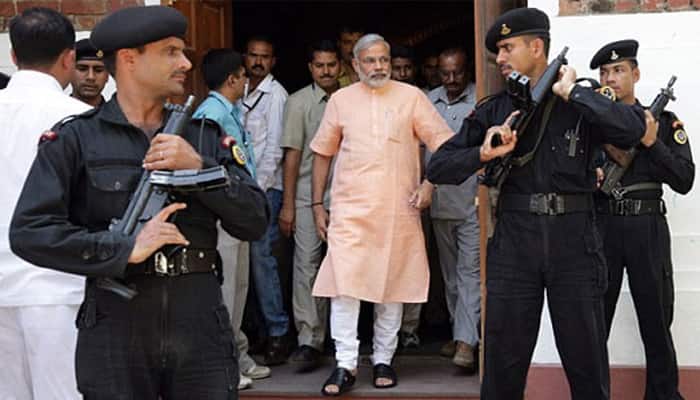 Former telecom minister A Raja, who is also an accused in the 2G scam, former Jammu and Kashmir Governor Lt Gen (retd) SK Sinha and NHRC chairperson KG Balakrishnan names also figure in the list whose security was either withdrawn or downgraded by the Central government.

Security cover given by central forces to Telangana Chief Minister K Chandrashekar Rao, Kerala Governor and former Chief Justice of India P Sathasivam and Uttarakhand Governor KK Paul were also withdrawn as they have been given security cover by the respective state governments.

A total of eight family members of Shinde are no longer eligible for security cover given by central forces. They are: Shinde's wife Ujwala, daughters Praniti and Smruti, son-in-law Raj Shroff, two grand daughters and two grand sons. All of them got security when Shinde was union home minister.

A Home Ministry official said that the decision has been taken after a thorough security review of each of the individual and considering their current threat perception.