Veteran BJP leader LK Advani was not invited ' officially' for party's foundation day celebrations, as per sources on Monday. 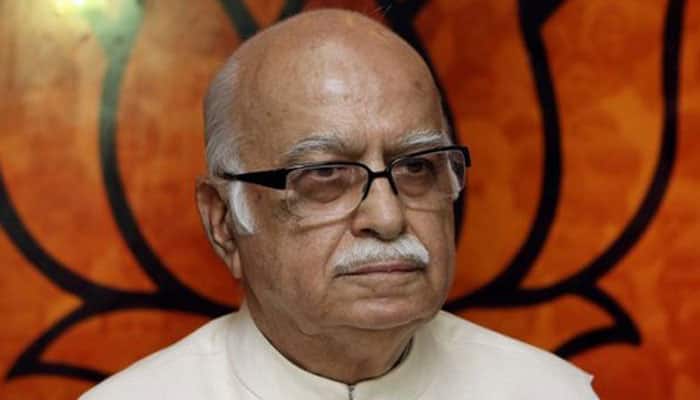 Delhi: Veteran BJP leader LK Advani was not invited ' officially' for party's foundation day celebrations, as per sources on Monday.

Sources also said that Advani was invited through SMS which was a general one which was sent to all party workers.

Addressing party workers on the occasion, BJP president Amit Shah today asked partymen to vigorously counter the campaign of "disinformation and falsehood" launched by rivals and be prepared for sacrifice.

Shah also highlighted the "long tradition of sacrifice" in the party and asked the cadre not to aspire for position but work for nation-building, as per PTI.

"Today, on the party's Foundation Day, I appeal to you to work unitedly to make this government successful and take its work to people and counter disinformation and falsehood spread by the opposition," he said.

"If the Opposition tries to create disinformation, then it is the responsibility of all party workers to tell the truth to the people," he said.
The BJP chief said the Modi government had laid a strong foundation and will take the country forward in a way that it becomes a world leader in the coming times.

At the same time, Shah also highlighted the role played by party leaders in the past to take its ideology forward and remembered the contribution made by leaders like Shyama Prasad Mukherjee, Deen Dayal Upadhaya, Atal Bihari Vajpayee, Advani and others.

Earlier, Prime Minister Narendra Modi greeted party workers on the occasion in a series of tweets that he posted on micro-blogging website Twitter.

"On the BJP's 'Sthapana Diwas' my greetings to all the BJP karyakartas and well-wishers," PM Modi tweeted.

"BJP's phenomenal growth is due to the efforts and hard work of generations of selfless karyakartas who devoted their lives to our Nation," he added.

In another post he wrote: “BJP will leave no stone unturned to fulfil people's aspirations and create an India that is strong, developed and inclusive.”

On the BJP's 'Sthapana Diwas' my greetings to all the BJP Karyakartas and well-wishers.

BJP's phenomenal growth is due to the efforts & hardwork of generations of selfless Karyakartas who devoted their lives to our Nation.

BJP will leave no stone unturned to fulfil people's aspirations & create an India that is strong, developed & inclusive.

Recently, the two-day National Executive meeting had concluded in Bengaluru on April 04 without Advani giving his customary address.

There was no official word on why the party patriarch did not make a speech, which he has done in all the Executive meetings barring in 2013, but there was speculation that he was not keen to speak as he felt marginalised since the emergence of Modi, as per PTI.

There were also reports that he resented suggestions that his speech would be vetted before its presentation.

Briefing the media, Finance Minister Arun Jaitley merely said "internal decision-making is something we don't discuss with the media. How we settle the programme of the party, I am sure, even in the world of RTI and transparency, we can't share it with you."