Ever since the West Bengal government released the top secret files relating to Netaji Subhas Chandra Bose, the debate over the veteran freedom fighter's mysterious death has intensified further. 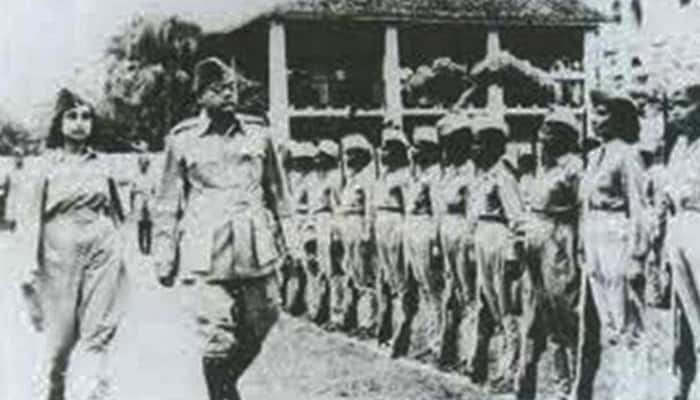 Researcher and writer of 'India's Biggest Cover-up', Anuj Dhar has come forward with a new theory that Bose might have stayed in China around 1949.

Dhar has also mentioned Netaji's China connection in his upcoming book 'What Happened to Netaji?'

According to a report in 'The Times of India', Netaji's brother, Sarat Chandra had run a story in his newspaper 'The Nation' with the headline 'Netaji in Red China' in 1949.

The article said that then Nehru government had specific information that Bose was in Red China of Mao Tse-tung.

In an recent interview to 'OneIndia', Dhar stressed that the truth about Netaji lies in Uttar Pradesh's Faizabad district.

Dhar, while praising the Mamata Banerjee government for making the files public, said it is a big achievement for all who have maintained that Netaji was alive after 1945.

It is also for the first time that a big political leader has acknowledged that Bose didn't die in Taiwan air crash, he added.

Further commenting on Netaji's death mystery, Dhar told OneIndia, “The second important part is the Chinese angle. I have been saying this all along and the files suggest that he may have been in China in 1948. This basically disproves the theory that he died in Russia in the year 1945.”

However, Dhar stressed on digging deeper in Faizabad where Netaji had reportedly stayed as 'Gumnami Baba'.

Dhar also rejected the claims that Bose was a Communist, however, he said, 'He was pro-Russia, but not a Communist'.

The researcher also denounced the then Congress government and said former prime minister Jawaharlal Nehru was master at snooping.

Adding to the Netaji death mystery, West Bengal Chief Minister last week said that some letters in the declassified files indicate that Bose was alive even after 1945.

The Trinamool Congress chief's comments came after sixty-four secret files relating to Netaji that could help throw light on his mysterious disappearance--an enduring enigma for seven decades --were released by her government.

The recent release of 64 files by West Bengal government has revealed that the Indian government had snooped on Netaji's family even after 1945, when he was believed to have died in an air crash.

Meanwhile, family members of Bose on Sunday said the Prime Minister Narendra Modi must ask governments of other countries to declassify files in their possession about his disappearance, as they feared that some secret documents that could have solved the mystery might have been destroyed.

To connect all the dots relating to his disappearance, he said his family would appeal to PM Modi to write to the heads of the countries of Russia, Japan, China, America, UK, Japan, Singapore and Malaysia to declassify all Netaji files lying with them.

In his monthly radio programme 'Mann Ki Baat', Modi said he would host over 50 Bose family members at his residence next month.