The sensational claim was made by MoS (Home) Kiren Rijiju. 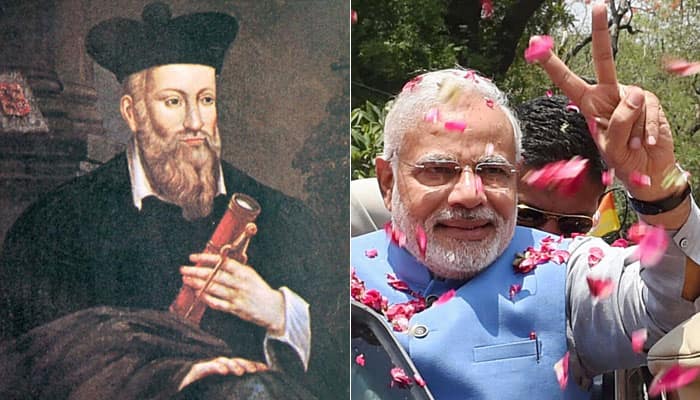 Rijiju, in a Facebook post titled 'AMAZING FACTS !!!' gives detailed mathematical calculations to show that the BJP's victory in May 2014 had special numerical significance.

In Current of Lok Sabha

French prophet Nostradamus wrote that from 2014 to 2026, a man will lead india, whom initially, people will hate but after that people will love him so much that he will be engaged in changing the country’s plight and direction.

This was predicted in the year 1555. A middle aged superpower administrator will bring golden age not only in India but on the entire world.

Under his leadership India will not only just become the Global Master, but many countries will also come into the shelter of India.