Describing Pakistan's NWFP area as the "fountainhead" of terror activities in the region, India on Thursday said use of terrorism as state policy with deep roots in military establishment there is a major obstacle for peaceful bilateral ties. 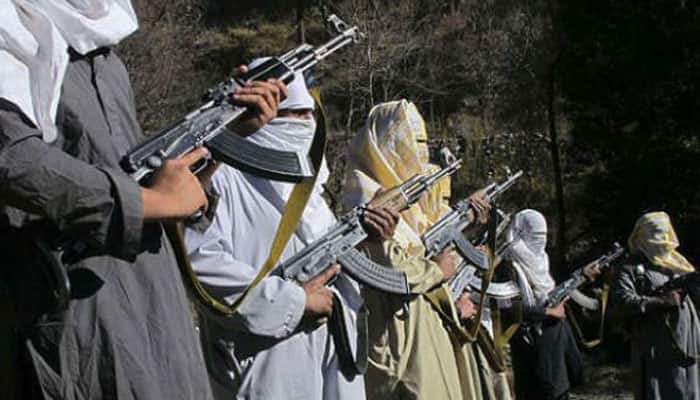 New Delhi: Describing Pakistan's NWFP area as the "fountainhead" of terror activities in the region, India on Thursday said use of terrorism as state policy with deep roots in military establishment there is a major obstacle for peaceful bilateral ties.

The Defence Ministry annual report for 2014-15 released here also sounded an alarm over increasing Chinese activities in the Indian Ocean region even as it called for peaceful resolution to territorial disputes in the South China Sea.

"Pakistan continues to remain home to several non-state actors with North Western Frontier Province (NWFP) serving as the fountainhead for terrorist activities in the region," the report said accusing Pakistan of being "selective" in tackling terror.

Noting that Pakistan's quest for strategic depth in Afghanistan continues to drive its policy to support Taliban and its affiliates in Afghanistan, the report said expanding footprints of extremist and terror organisations in Pakistan and their linkages with terror activities in Jammu and Kashmir and rest of India poses a security challenge to India.

This the report said also has "severe ramifications" on bilateral ties and to the peace and security of the region.

"The use of terrorism as an instrument of state policy has deep roots in Pakistan military establishment," it said noting that ceasefire violations and infiltration from across the border also continues unabated.

"India desires peaceful and cooperative ties with Pakistan. However, continued activities of terrorist organisations operating from Pakistani territory and territories under Pakistan's control are major obstacle and source of concern," said the chapter headlined "Security Environment".

India remains committed to resolving all outstanding issues with Pakistan through peaceful, bilateral dialogue on the basis of Simla Agreement and Lahore Declaration, it said.

It noted that India had during the meeting of DGMOs of both countries reiterated need for Pakistan to uphold the sanctity of LoC and IB and to stop cross LoC transgressions.

However, the continued existence of Terrorists camps

across the international border and LoC and continued instances of ceasefire violations, attempted infiltrations and transgressions demonstrate the challenges faced by India in this regard, the annual report said.

"Pakistan has continued with its policy of selective approach to tackling terrorists groups operating from its territory and areas under its control which do not serve the interests of regional peace and security," it added.

On the issue of China, it said that India remains conscious and watchful of the implications of Beijing's "increasing military profile in our immediate and extended neighbourhood, as well as the development of strategic infrastructure by China in border areas".

The Ministry said India is also taking necessary measures to develop the requisite capabilities to counter any adverse impact on own security.

Talking about other issues, the report said the shift of global balance of power from the Euro-Atlantic region to Asia Pacific has brought a complex and dynamic interplay of economic, military and diplomatic factors.

This is evidenced in the escalation of maritime territorial disputes, military postures and power rivalries, all of which have added to the uncertainties in the security situation in the region, it said.

Without naming China which is in territorial dispute with several countries over South China Sea, the report said, "the contestations over island territories in the Asia Pacific have created tensions in the region and threaten to polarise the Asia Pacific community".

Noting that India has important political, economic, commercial nd social interest in Asia Pacific, the report said India supports freedom of navigation in international waters and the right of passage in accordance with international law.

"India's view is that all countries must exercise constraint and resolve bilateral issues issues diplomatically, according to principles of international law and without recourse to the use of force".

The report said cooperative security construct is of

On the issue of global security, the Ministry said India's geo-strategic location makes it sensitive to developments beyond its immediate neighbourhood, in West Asia, Central Asia, in the Indian Ocean Region and the Asia Pacific Region.

Major geopolitical and geo-economic developments are currently transforming the global security scenario into one of uncertainty and volatility.

The transnational threats posed by the activities of terrorist organizations have been exacerbated by the dynamics of intra and inter-state conflicts and pose a danger to regions beyond the primary theatres, it said.

"The transnational mobilization of foot soldiers and logistics support for terrorist activities poses a serious internal security challenge for countries around the world," the Ministry said adding that the continuing economic crisis in the West has been a major cause of worry for the global economy and has had consequent effects on the economies of other regions.

It also said that even as the probability of a full scale conventional war is thought to have receded since the end of the Cold War, a number of drivers have catalysed new challenges in the regional and global security landscape.

Land bill: Congress hits out at govt over Gadkari's letters to oppn parties