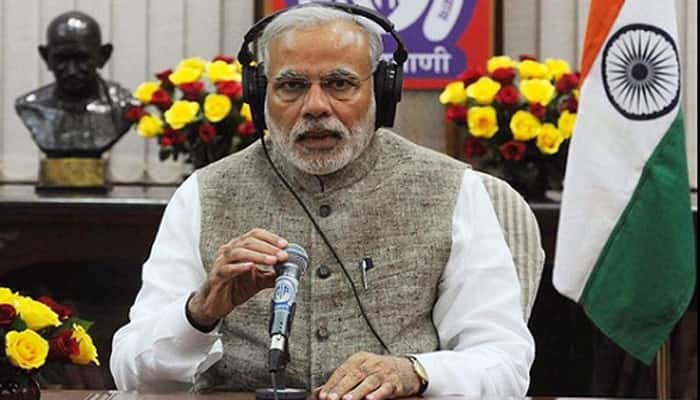 New Delhi: Prime Minister Narendra Modi started his radio programme 'Mann Ki Baat' with the importance of Khadi and its role in the empowerment of the countrymen.

Prime Minister said, "Khadi' has become a symbol. It has now become a centre of interest of nation's youth. Khadi has the power to provide employment to crores of people," said PM Modi in his first radio address of the year 2016.

It is a matter of proud that India is hosting International Fleet Review next month from February 4-8.

'Swachhata' is now linked with 'Saundraya' (beauty). This was neither Railways initiative nor mine. This is an initiative taken by citizens.

I have seen that these days local residents, artists are now decorating railway station with artistic designs.

The only way to provide relief to distressed farmers is crop insurance scheme.

Let us integrate as many farmers as possible with the crop insurance scheme.

A lot is said in our country in the name of farmers, but I don't want to get involved in the controversy.

I want to express my greetings to Haryana, as there has been a rapid increase in birth rate of girl child in the state.

Many people have written to me telling me about major changes that solar 'Charkha' (spinning wheel) has brought in their lives.

The experiment of associating spinning wheel with solar energy has been a success.