Prime Minister Narendra Modi is unlikely to respond to his Pakistani counterpart Nawaz Sharif's remarks on Kashmir, when he addresses the United Nations General Assembly (UNGA) later on Saturday. 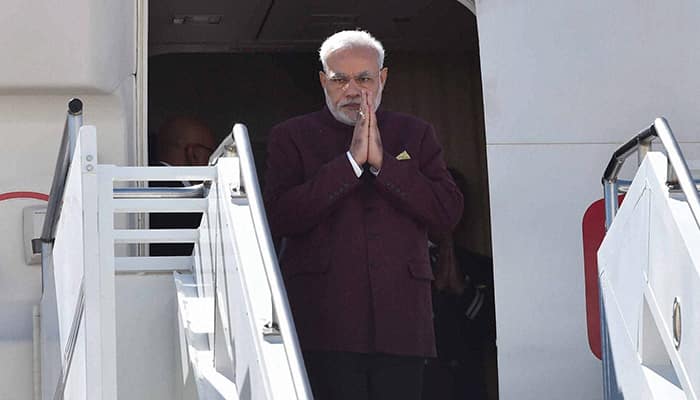 As per sources, PM Modi will likely ignore Sharif's remarks as India has already made its official rebuttal on the floor of the UNGA.

Instead, in his speech, the PM will likely call for a stronger global commitment and more concerted multilateral action in addressing challenges of fragile global economy, turbulence and tension in many parts of the world, and growth and spread of terrorism.

He was responding to a question whether India would rebut Sharif's remark on a plebiscite in Kashmir.

According to Akbaruddin, PM Modi "is going to make his statement in a forward looking manner".

Exercising India's right to reply on the floor of the UNGA to rebut Pakistan's statement, Abhishek Singh, the first secretary in the Indian mission to the UN, said: "I would like to bring to the notice of this august House that the people of Jammu and Kashmir have peacefully chosen their destiny in accordance with the universally accepted democratic principles and practices and they continue to do so. We, therefore, reject in their entirety the untenable comments of the distinguished delegate of Pakistan."

Sharif had in his address at the UNGA said on Friday that the "core issue" of J&K has to be resolved and pushed for a plebiscite in the state. He also blamed India for the calling off of bilateral foreign secretary level talks last month.

India has ruled out any meeting between Modi and Sharif on the sidelines of the UNGA. But PM Modi would be holding three scheduled bilateral meets with Sri Lankan President Mahinda Rajapaksa, Bangladesh Prime Minister Sheikh Hasina and Nepal PM Sushil Koirala.