Prime Minister Narendra Modi is likely to meet Apple CEO Tim Cook in San Francisco during his upcoming US trip. 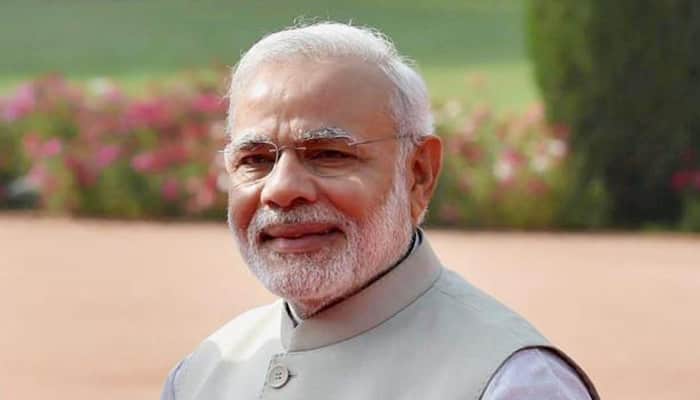 As per a report in The Times of India, Cook may also meet Chinese President Xi Jinping at the same time.

Jinping will also be in US around the same time as PM Modi.

Apple reportedly is mulling to invest in building manufacturing capacities in India.

This gels with PM Modi's 'Make in India' project.

As per the report, Apple may be consider manufacture in India for third country markets.

At the same time the tech giant may also consider facilities in India to refurbish its products.

However, for this India would have to change its policy as at present refurbishing is not allowed under India's industrial policy.

Apple supposedly believes that its refurbished products like phones, computers, tablets, laptops, have a big market in Asia.

Meanwhile, a group of intellectuals and economists have come out in support of PM Modi's Digital India campaign and his upcoming Silicon Valley visit, which is being opposed by a section of US academicians, who contend that the programme will be used for "dubious" purposes like curbing civil liberties here.

Launching a counter petition against the one by the US academicians, who have written to tech giants warning of risks in dealing with the government over Digital India campaign, the group maintained that American intellectuals have crossed the thin line between hitting out at Modi and hurting India.

They insisted Digital India programme is an "important mission" that can transform lives of people here and lessons from Modi's visit to the Valley are crucial in this regard, as per PTI.

"E-governance, digitalisation have produced dramatic results in curbing corruption. When citizens are yearning for it, US academicians are calling for economic boycott.We never heard (from them) that Pakistan, which is a mother of terrorism, be boycotted or China which is conducting human rights abuses in Tibet be economically boycotted,” Madhu Kishwar, professor and founder of Manushi - a journal about women - told reporters.

According to reports, over 100 US academicians have written to major tech companies warning them against risks of dealing with Indian government, which they claimed, has demonstrated its disregard for civil liberties and human rights besides autonomy of cultural and educational institutions.

They also expressed concerns over alleged lack of safeguards about privacy of information in the campaign and its alleged potential for abuse.