Prime Minister Narendra Modi referred to the Balochistan issue during his Independence Day speech as he was moved by the messages he received from the people of that Pakistani province, a senior government official said on Thursday 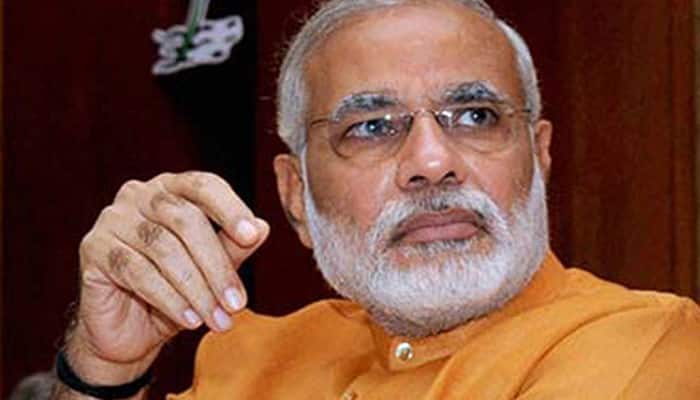 New Delhi: Prime Minister Narendra Modi referred to the Balochistan issue during his Independence Day speech as he was moved by the messages he received from the people of that Pakistani province, a senior government official said on Thursday

“The Prime Minister was sufficiently moved by these messages of gratitude to share it with the people of India in his Independence Day address,” External Affairs Ministry spokesperson Vikas Swarup said in his weekly media briefing here.

He said this while responding to a question on India's policy following reports that several Baloch groups were seeking recognition from the Indian government and they were even trying to set up a government-in-exile with India's support.

Putting the scenario in context, Swarup said several people from Balochistan and Pakistan-occupied-Kashmir, including Gilgit-Baltistan, had messaged Modi and had been writing to him following his comments at an all-party meeting on August 12 in which he had flagged the atrocities being committed on the people of Balochistan.

“Prime Minister had been thanked by these people for flagging their cause in the all-party meeting which represents all political segments in India,” the spokesperson said.

As for India's policy on the issue, he said that the Indian government has made statements about the situation in Baluchistan in the past as well.

“The only difference this time was that the various messages the Prime Minister had received had sufficiently moved him to share it with the people of India,” he said.

To a question on comments by Tariq Fatemi, Special Assistant to the Pakistan Prime Minister on Foreign Affairs, that Modi's reference to the Balochistan issue has crossed red lines, Swarup described it as an “extraordinary remark”.

“I find this an extraordinary remark from a senior functionary of Pakistan that recognises no red lines in its own diplomacy,” he said.

“Pakistan's record of cross-border terrorism and infiltration is at the heart of the problems in the region today.”

In a first for any Prime Minister in an August 15 address, Modi referred to human rights abuses in Balochistan and the part of Kashmir that Pakistan controls.

"The world is watching. People of Balochistan, Gilgit, Baltistan and occupied Kashmir have thanked me a lot in the past few days. I am grateful to them," Modi said, referring to his comments last week on excesses in Pakistan's largest province and in the part of Kashmir it holds.

He said the way people from these Pakistani regions "wished me well, gives me great joy".

In thanking an Indian Prime Minister, "they have thanked the whole population of my country", he said. "I want to offer my gratitude to these people."