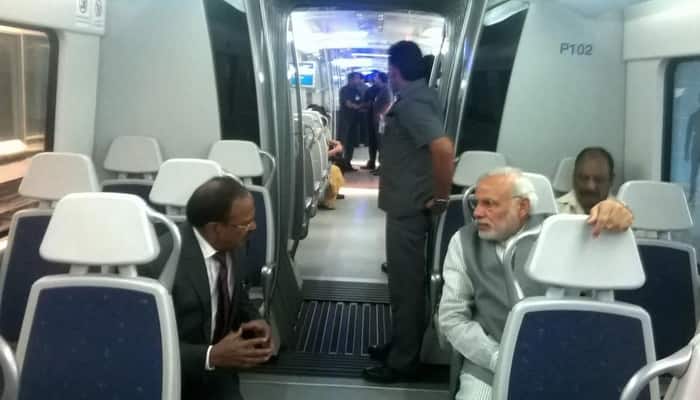 The Prime Minister was going to Dwarka to attend a function of the National Intelligence Academy.

Sources said the PM took the Metro to avoid causing inconvenience to the public on the route because of the security arrangements.

PM Modi later tweeted that he enjoyed the Metro ride.

According to him, former Delhi Metro Rail Corporation chairman E Sreedharan, popularly known as 'Metro Man', used to tell him to travel on the Delhi Metro.

Sreedharan ji would always tell me to experience the Delhi Metro. Today I had the opportunity to do so on the way to Dwarka.

It is the first time that PM Modi has travelled in the Delhi Metro.