Geelani was on Tuesday remanded to two-day police custody by a Delhi court. 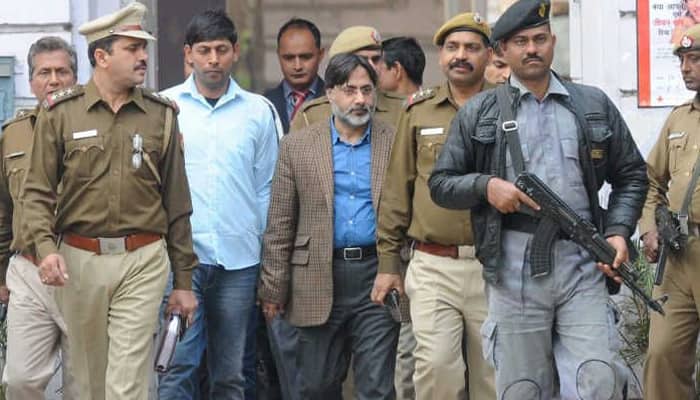 Geelani, who has been lodged in Jail No. 1 of Tihar, was sent to 14-day judicial custody yesterday. He was produced in the court yesterday after his two-day police custody ended on Thursday.

While denying bail to Geelani the police alleged that "hatred" was being generated against the government at the Press Club event.

Metropolitan Magisrate Harvinder Singh heard the arguments of both the parties and rejected the bail plea of Gilani.

During arguments, the police opposed the bail plea saying the offence was grave and there was apprehension that he might try to influence the investigation and tamper with the evidence if released on bail.

The counsel for the police also alleged that "there has been incitement and hatred generated against the government of India. The entire purpose of the event was to create disloyalty among the people of India."

It also claimed that Gilani was not cooperating with the probe and not telling the whereabouts of the others involved in booking the conference hall where the event was held.

Advocate Satish Tamta, appearing for Gilani, told the court that the police was relying on clips of news channels and a CCTV footage recording of the Press Club of India.

"I have no role to play in the slogans raised in the event and in fact I was the one who pacified and made the persons raising slogans to stop," Tamta said.

Geelani was on Tuesday remanded to two-day police custody by a Delhi court.

Police registered a first information report (FIR) on February 10 under sections dealing with sedition and criminal conspiracy over raising slogans by Kashmiri students in the club premises the same day to protest Afzal Guru's execution.

At the PCI, in which Geelani was present on the dais along with three other speakers, a group allegedly had raised slogans hailing Afzal Guru. Taking suo motu cognizance of the matter, police registered a case against Geelani and other unnamed people.

The police told the court that an event was held on February 10 in which banners were placed showing Afzal Guru and Maqbool Bhat as martyrs and anti-national slogans along with slogans demanding independence for Kashmir were raised.