The Akademi has unanimously decided that writers who have returned awards should take them back. 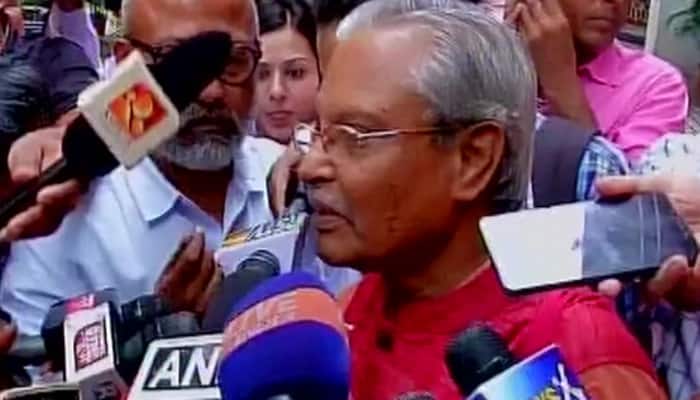 New Delhi: In view of the strong protest by writers against 'growing intolerance in the country', the executive board of the Sahitya Akademi, Friday, condemned the killing of Professor MM Kalburgi and urged the central and state governments to prevent such incidents to happen in future.

Board member K Nachimuthu said, “We all condemned the killing of MM Kalburgi...Unanimously decided that writers who have returned awards should take them back, people who have resigned should join back.”

However, the group of writers who are on a silent protest outside the Akademi office in Delhi are waiting for the official statement from the board to be made public.

The highest decision-making body of Akademi met after it came under criticism for its alleged silence on 'growing intolerance in the country'.

Around 100 writers, poets and others from the literary circuit are on a silent protest outside the Akademi office in Mandi House in central Delhi.

The protesters also submitted a memorandum to the Akademi demanding that it pass a resolution pledging to take stern steps to safeguard the freedom of speech and right to dissent of the writers.

Speaking to a news channel, one of the protesters said, “People are being attacked - minorities, Dalits, writers - freedom of expression is in danger...people are being led onto a fascist path.”

As per reports many other writers, who have not returned their awards, are waiting for the outcome of the Akademi meeting to decide their future course of action.

Interestingly, there's another group of writers who are present at the venue to protest against the writers who have decided to return their awards.

They claim that those writers who have returned their awards are doing politics due to ideological differences with the Modi government.

One them said that these writers have never raised their voice even when bigger incidences have occurred in the country. One of their posters read: “Get well soon”.

At least 35 writers from across the country had over the past few weeks announced their decision to return their Sahitya Akademi awards and stepped down from official Akademi positions to protest the "rising intolerance" in the country.