Lucknow: North Indian continues to reel under severe cold conditions and adding to the winter chill is the dense fog, which has restricted vehicular movement and thrown normal life out of gear. 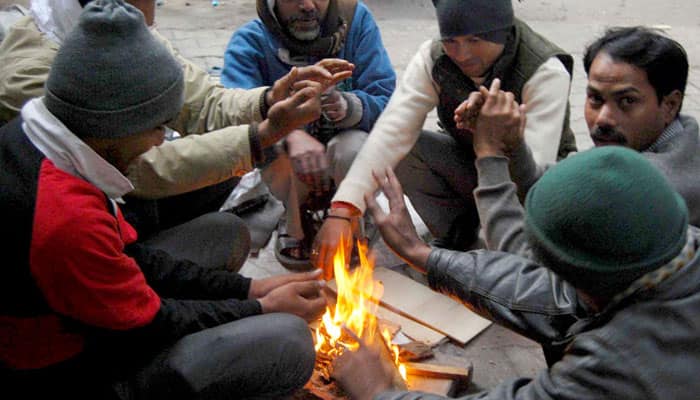 Lucknow: North Indian continues to reel under severe cold conditions and adding to the winter chill is the dense fog, which has restricted vehicular movement and thrown normal life out of gear.

After a gap of more than a week, a thick envelop of fog engulfed parts of Uttar Pradesh, especially state capital Lucknow, on Saturday morning.

The Regional Met office has predicted a long spell of fog but the snowfall in the neighbouring hill state of Uttarakhand has ceased.

The weatherman said the winter chill would intensify in the coming days, with the day temperatures also dropping to new lows.

While the district magistrate (DM) Lucknow has directed all schools to open at the new timing of 9 a.m., many parents have petitioned the district administration and the school authorities to prepone the winter vacations, specially for children below standard five, in light of the cold wave.

Friday was recorded as the coldest day in the season so far, the weatherman said. Dry weather conditions have also aggravated the situation. In the coming days, mornings and late nights would witness heavy to very dense fog, the regional Met director J.P. Gupta said.

The dense fog has also crippled transport in the state. While most flights to the city have been delayed, more than six dozen trains continue to run behind their schedules. Officials said Friday that landing of flights at the Chaudhary Charan Singh international airport were only possible after 11 a.m. as there was very poor visibility.

Inbound flights were later allowed to land only after 11 a.m. and the flights taking off were further delayed till the fog cleared up. The usual times for flights to land in Lucknow is around 6.30 a.m.

Officials of the Northern Railways (NR) and North-eastern Railways (NER) told IANS that on all major routes trains were running late owing to very heavy fog.

The 04932 Delhi-Varanasi Special was running behind schedule by 11 hours, while trains like the Gomti Express, Duranto Express, Swarna Shatabdi Express and Lucknow Mail were running late by 3-9 hours. The Avadh Express, Gorakhdham Express, Kaifiyat Express were late by seven hours while Kota-Patna Express and Vaishali Express were late by six hours, officials said. More than two dozen trains were running late by 3-4 hours Friday.

Indian-American Richard Verma sworn in as US Ambassador to India