In a shocking narrative, a 20-year-old woman from Nepal said she and her 44-year-old mother were sexually abused every day for the last four months by a Saudi diplomat in a flat in Gurgaon. 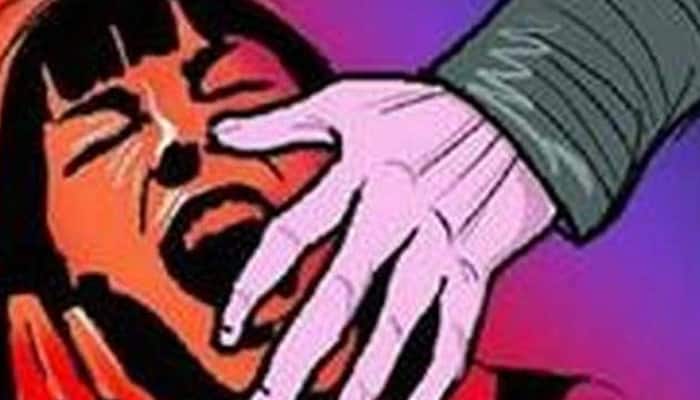 Gurgaon: In a shocking narrative, a 20-year-old woman from Nepal said she and her 44-year-old mother were sexually abused every day for the last four months by a Saudi diplomat in a flat in Gurgaon.

The diplomat at the Saudi Arabia embassy in New Delhi has been booked for rape while his wife and daughter have been booked for torturing domestic helps in the Millennium City, the Haryana Police said.

The mother-daughter, who were brought to India with the lure of a better future, today claimed they were not being paid wages for the last four months and now wish to go back "home" as soon as possible.

Meanwhile, The Indian Express quoted the 20-year-old as saying: "Last four months were a curse for us. It was so ugly…we thought we were going to die in that house and our families would never even find our bodies,”

The mother and daughter were “rescued” on Monday evening from an apartment on the fifth floor of Ambience Island Caitriona complex here. The victims were "rescued" after the intervention of the Nepalese embassy and with the help of an NGO Maiti Nepal India, police said.

“There were days when seven to eight men — all from Saudi Arabia — would assault us. If we resisted, the diplomat and his family would threaten to kill us and dispose of our bodies in the sewer,” said the older woman.

The duo said that on some days, they would be given no food at all. However, they were allowed to take bath, just before they had to meet the diplomat’s ‘guests’, who would rape and sodomise them, reported the daily.

“We were made to do all the household chores, from morning till late in the night, and then subjected to sexual assault at the end of the day. We were not given food. Sometimes we only survived on biscuits, bread and watery tea. We were never allowed to step out of the house,” said the women.

They also claimed that the diplomat took them to other places, including Nainital and Agra, where they were subjected to further sexual assault by other ‘guests’.

“Right after we were employed, our employer took us to Saudi Arabia for 15 days. There, he did not touch us or misbehave with us. After we returned in May, he asked us to massage him… he then raped us and forced us to have unnatural sex and oral sex. After that he offered us to his friends regularly,” they said.

"They used to keep us in locked rooms and did not let us make any sound. They showed knives and threatened to kill us otherwise," the older victim told PTI today while showing her wounds.

"We were told they he's a good man with a big house. But we did not know what he does. We were brought for handling domestic chores...But he did horrific things with us," said the woman.

"We want to go back to Nepal and these people should be jailed as soon as possible," she added.

The 44-year-old also told news agency ANI “around five-six people used to come and lock us in a room and harass us."

Members of an NGO, who assisted the Gurgaon Police during the rescue operation, said the victims were sold to an Indian agent for Rs one lakh each.

"They were brought to India in the aftermath of the Nepal earthquake. The victims were in misery and were offered Rs 30,000 and good food by an agent named Kaplana."

"Kalpana sold them to an agent named Anwar in India after being paid Rs 1 lakh for each. The victims were taken to Jeddah but atrocities began after they were brought to India," the NGO member said.

Meanwhile, Balkrishan Pandey of NGO Maiti India told news agency IANS that another woman who was kept at the diplomat's apartment as a domestic help managed to escape.

The police officer said a case against the diplomat and "unknown people" has been registered at the DLF-2 police station under sections of gang-rape (376 D), rape (376), unnatural sex (377) and some other sections of Indian Penal Code including 342, 323 and 120B.

The Saudi embassy has, however, dismissed the charges as “completely false” and "contrary to facts in our possession", and added they would wait for the Indian government to clarify the matter as per diplomatic norms.

The Gurgaon Police has contacted the Nepal embassy for assistance. "We have sought a report from local police," MEA spokesperson said

The Saudi embassy is in touch with External Affairs Ministry regarding the matter.