In a big development that affects over six lakh medical aspirants, the Supreme Court on Monday set aside the 2015 All India Pre-Medical Entrance Test (AIPMT) over irregularities in the conduct of the exam. 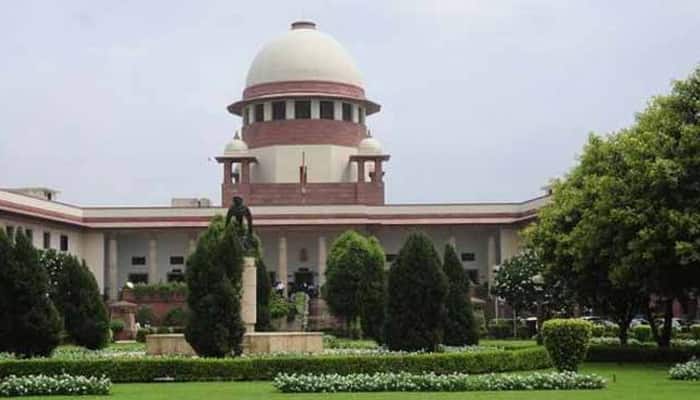 New Delhi: In a big development that affects over six lakh medical aspirants, the Supreme Court on Monday set aside the 2015 All India Pre-Medical Entrance Test (AIPMT) over irregularities in the conduct of the exam.

The apex court directed the Central Board of Secondary Education (CBSE), which conducts the exam, to re-conduct the test within four weeks.

The order was passed by the vacation bench of Justices RK Agrawal and Amitava Roy which ruled on a batch of petitions seeking re-conduct of the AIPMT following the leak of the question paper and circulation of answer keys through electronic devices at different examination centres across 10 states.

"Petitions are allowed. CBSE to hold AIPMT 2015 exam within four weeks," the bench said in its verdict.

The apex court bench had last week reserved its verdict on the matter.

The CBSE, which had conducted the exam on May 3, had opposed the plea for re-conduct of the test, saying that it would involve a mammoth exercise spread over a long period.

The court had earlier restrained the CBSE from declaring the 2015 exam result that was originally scheduled to be announced June 5.

Appearing for CBSE, Solicitor General Ranjit Kumar had said that for the examination conducted this year on May 3, the preparations were started in October last year, noting this shows the magnitude of efforts that goes into the conduct of the examination and which will have to be re-done if court orders a re-conduct.

Contending that only 44 students have been identified to be alleged beneficiaries of the paper leak, he had said that it should not come in the way of the declaration of the results affecting 6.30 lakh students who had taken the entrance test at 1,050 examination centre across the country.

The court had, however, asked: "What message it will send to the hard working students whom burn midnight oil to prepare for the examination if they lose it to merit to such candidates."

"We are not holding the CBSE guilty for the leak," the court had said, observing that "ultimately it was CBSE's responsibility to have taken steps to meet the challenges posed by the information technology which has over-taken our lives".

Asking the CBSE that it could not have been "complacent", the court had stated that it should have taken the steps to "minimise the possibilities" of papers getting leaked and the board being outsmarted by those playing foul.

Appearing for one of the petitioners, senior counsel Jaideep Gupta had mocked the CBSE for its resistance to the fresh conduct of the examination. "Government can't defend it. It is not proper for it to defend it. Once such facts come to light, the sanctity of exam goes. It is becoming an industry. Vijay Yadav who succeeded in the exam last year (by adopting such means), is a master solver this year."

Interestingly the position taken by the petitioner had found backing by the Haryana Police which told the court that it was not only the 44 identified beneficiaries but the number could be much more and time frame could not be cited by the CBSE to oppose the re-conduct of the exam whose integrity stands compromised.

The court was hearing a PIL by Tanvi Sarwal, Jahnvi Shanker and others seeking the re-conduct of the AIPMT in the wake of the leakage of the question paper and subsequent answer key being circulated through electronic devices.