They have set an example for others to follow by getting married without much grandeur. 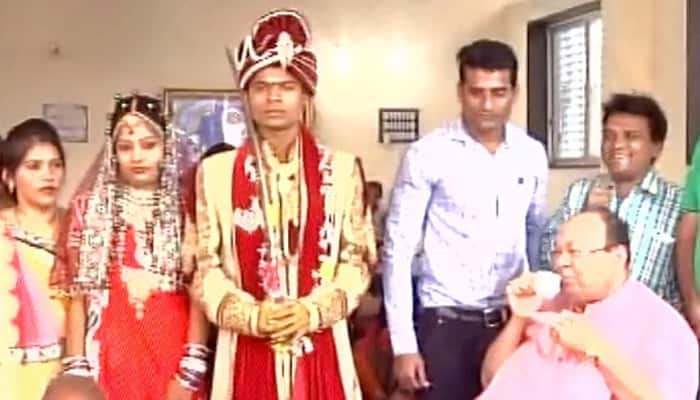 Surat: At a time when the Opposition parties are trying to corner the government over the discomfort caused to the people due to the demonetisation drive, a couple in Surat has shown the way forward.

Like crores of others, the couple was hit with uncertainty when Prime Minister Narendra Modi announced on November 8 that Rs 1000 and Rs 500 notes will cease to be legal tender.

Scheduled to get married on November 24, the couple and their respective families were left with few options on how to go ahead with the event.

However, both the families took the situation in their stride and decided to go ahead with the marriage.

The dinner menu was pretty basic – just a cup of tea.

“Since our wedding date was already fixed; decided to give up on grand marriage; instead had a 'chai, paani wala' wedding,” the groom said.

The bride also chipped in saying that they were initially tensed after PM Modi made that announcement.

“We were initially tensed after Modiji made the demonetisation announcement as our wedding date was fixed. Later after considering the situation, we decided to get married without much grandeur by offering just tea and water to guests,” she said.

Let's wish the couple a happy and prosperous life ahead for they have truly understood the significance of getting married – unity in thought is what needs to be achieved, rest all things are extras....

Demonetisation: PM Modi hits back at Opposition, says black money hoarders upset as they didn't get time to prepare