What Pakistan NSA Sartaj Aziz said in his press conference

Pakistan National Security Advisor Sartaj Aziz on Saturday saying that India would be responsible if the NSA-level talks scheduled to be held in New Delhi are not held. 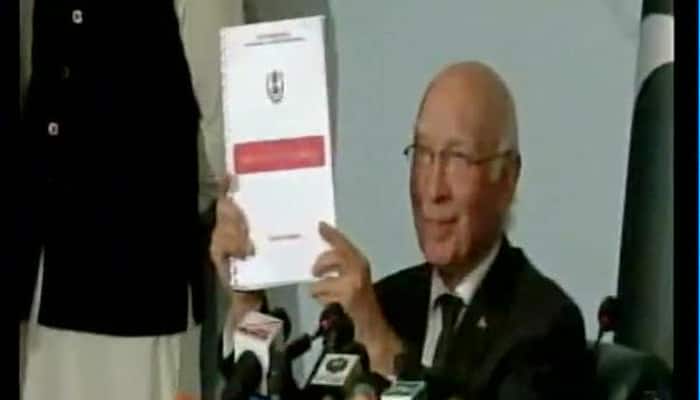 Islamabad: Pakistan National Security Advisor Sartaj Aziz on Saturday saying that India would be responsible if the NSA-level talks scheduled to be held in New Delhi are not held.

Here are the highlights of of Aziz's press conference:

-Is it conceivable that India would cancel first ministerial meeting on such a flimsy grounds relating to meeting with Hurriyat leaders? 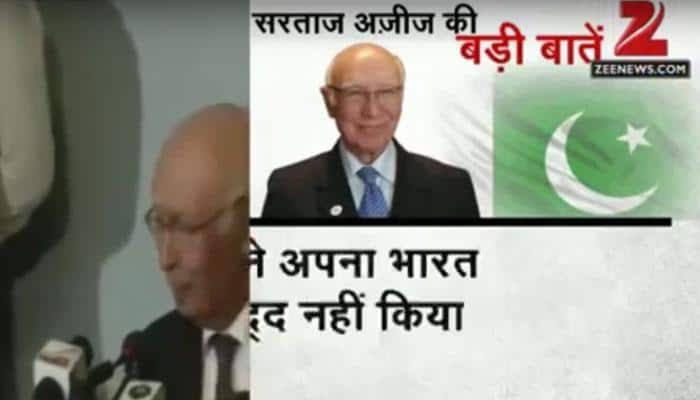 -Three point agenda including exploring modalities for the talks for all outstanding issues proposed by Pakistan was in keeping with Ufa understanding.

-Agenda for talks cannot be changed, our agenda is whatever dialogue is held, it should only be on terrorism.

-On my part I am still prepared to go to New Delhi for NSA-level talks.

-I will be carrying three dossiers on India's RAW activities in Pakistan.

-If I don't get opportunity to hand over the dossiers to Indian NSA in New Delhi, I hope to give it to him in New York next month if he comes with PM Narendra Modi.

-We are very disturbed about arrest of Hurriyat leaders. It is violation of their fundamental rights. Aziz,asserts Kashmir is very much part of agenda as agreed in Ufa.

-There is no deviation from the agenda agreed in Ufa to be discussed.

-India is wrong in saying that Kashmir is not part of agenda.

-Cancellation is yet not confirmed from either side, so we are ready to go as per schedule without any pre-condition.

-No serious dilaogue is possible with India unless Kashmir is included.

-Don't expect that there will be a breakthrough in NSA-level talks but it will help evolve a mechanism to address issues.

-Since Prime Minister Modi has come to power they want dialogue on their terms and conditions without Kashmir which is not possible for us.