The Winter session of Parliament, that saw a mix of storm and business, came to a close on Tuesday after passing a number of legislations but some key reform bills, including those on insurance and coal block allocations, remained pending. 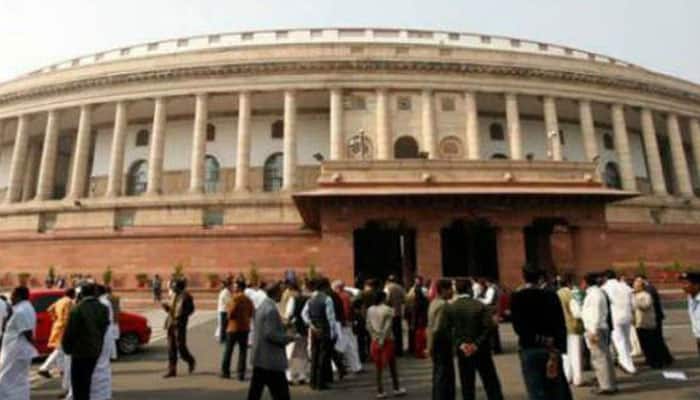 New Delhi: The Winter session of Parliament, that saw a mix of storm and business, came to a close on Tuesday after passing a number of legislations but some key reform bills, including those on insurance and coal block allocations, remained pending.

During the month-long session, the Lok Sabha passed a "record" number of 18 legislations, including amendment bills on coal mines allocation and labour laws, in 22 sittings. The House lost almost three hours due to disruptions and adjournments.

The Rajya Sabha, which saw most of the turmoil mainly on the issue of conversions, passed 12 bills during 22 sittings, while 62 hours were lost on account of disturbances over various issues.

The House sat for over 76 hours, while over 62 hours were lost on various issues which also included renaming of Rajiv Gandhi airport in Hyderabad, derogatory speech by a Union minister and bringing back black money to the country.

Due to disturbances, the government's reforms agenda hit a roadblock with Insurance Laws (Amendment) Bill, 2008 on raising the cap of foreign investment in insurance from 26 per cent to 49 per cent remaining pending despite being listed for consideration for several days.

The Coal Mines (Special Provisions) Bill, which provides for fresh auction of 204 coal blocks de-allocated by the Supreme Court in September because of a scam, also remained pending in the Upper House even though the Lok Sabha passed it on December 12.

The opposition and treasury benches, however, sank political differences to adopt resolutions condemning the terror attack in a Peshawar school and slamming the bail granted to Mumbai attack mastermind Zakiur Rehman Lakhvi by a Pakistani court.

On the last day too, opposite sides in the Rajya Sabha joined hands to pass a Bill that will give relief to lakhs of dewellers in unauthorised constructions in Delhi facing threat of demolition.

Sushant Singh Rajput case: Rhea Chakraborty is being questioned by ED since 5 hours along with her father and brother

People with more children should be deprived of govt facilities: Sanjeev Balyan