J&K polls: After promising sky Omar Abdullah did nothing for his constituency, says PDP

PDP chief Mehbooba Mufti on Saturday attacked ruling National Conference leader Omar Abdullah for doing nothing for his Ganderbal constituency as Chief Minister of Jammu and Kashmir after "promising sky" during polls. 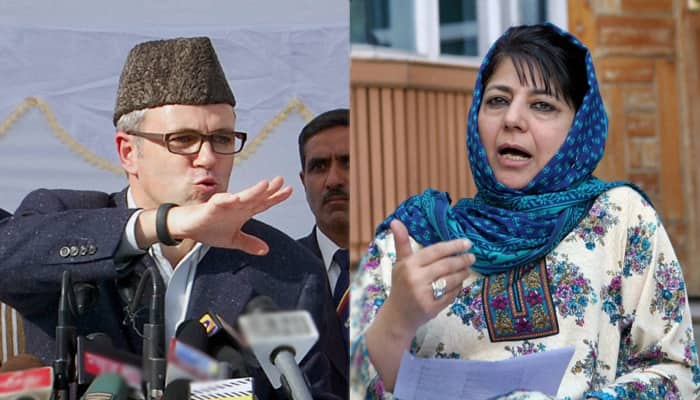 Srinagar: PDP chief Mehbooba Mufti on Saturday attacked ruling National Conference leader Omar Abdullah for doing nothing for his Ganderbal constituency as Chief Minister of Jammu and Kashmir after "promising sky" during polls.

"He (Omar) was particularly lavish when he addressed campaign meetings in 2008 (polls) in Ganderbal and promised sky to the people there.

"People want to know where is the much-parroted Truth and Reconciliation Commission on human rights violations, where have the one lakh jobs that were to be given in the first three months of the new government gone and what happened to the promise of one job to each family?" PDP president Mehbooba Mufti asked while addressing election meeting in Beerwah constituency.

Omar had won from Ganderbal constituency in 2008 polls. However, he has decided to contest from Beerwah and Sonawar constituencies this year.

"Last, but not least, there is also no word from Omar about removing the electricity metres, slashing the power tariff, making electricity available round-the-clock and subsidising the LPG and rations," Mehbooba said.

The PDP president said that Omar is now so much panicked by the prospects of a PDP government taking shape in Jammu and Kashmir that he is once again "seeking refuge in the lap of BJP by offering to align with them in a post-poll arrangement."

"I challenge Omar to show one single project anywhere in the state which he can claim was pioneered and accomplished by his government during the past six years," she said.

"No wonder after having destroyed not just Ganderbal, but the entire State, Omar had to run away in pursuit of a safe place," she said.