The Srinagar-Jammu national highway re-opened for traffic on Thursday after remaining closed for four consecutive days due to landslides triggered by incessant rain and snowfall in the state. 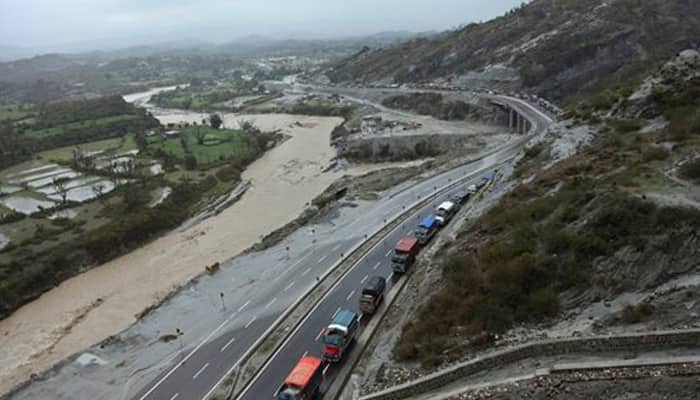 Srinagar: The Srinagar-Jammu national highway re-opened for traffic on Thursday after remaining closed for four consecutive days due to landslides triggered by incessant rain and snowfall in the state.

The 300-km-long highway, which is the only surface link between Kashmir Valley and the rest of the country, was cleared for one-way traffic on Thursday morning after weather conditions improved in Jammu and Kashmir.

"The highway was re-opened for light vehicles and they will be allowed to move from Jammu to Srinagar," a traffic official said.

However, no vehicle will be allowed to move from the opposite direction, he said.

The supply of all essential commodities for the valley is routed through this highway which usually gets disrupted due to bad weather conditions.

The Met Office has forecast mainly dry weather in the state on Friday.

It was a sunny Thursday morning in Srinagar with the minimum temperature recorded at 4.6 degrees Celsius.

In Pahalgam and Gulmarg, mercury dipped sharply and the minimum temperatures were recorded at the two places respectively at 4.2 and 5 degrees Celsius below the freezing point.

The minimum temperatures in Leh and Kargil towns of the Ladakh region were recorded at minus 7.4 and minus 9.2 degrees Celsius. respectively.

"The minimum temperature in Jammu was 11.5 degrees Celsius," an official said.