In another act of savagery, two Muslim men, who were herding their buffaloes on their way to market, were thrashed and killed by cattle-protection vigilantes in Latehar district here on Friday, report claimed. 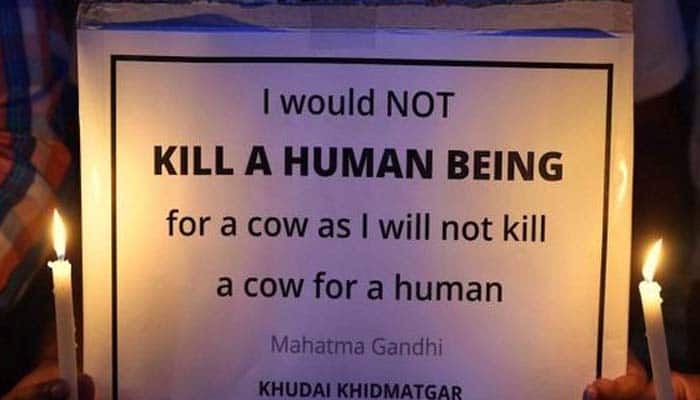 Ranchi: In another act of savagery, two Muslim men, who were herding their buffaloes on their way to market, were thrashed and killed by cattle-protection vigilantes in Latehar district here on Friday, a report claimed.

The two men were hanged from a tree after being mercilessly beaten up by an unruly mob.

As per a Times of India report, those killed were identified as Muhammad Majloom, 35, and Azad Khan alias Ibrahim, 15, who were cattle traders. Their bodies were strung up with their hands tried behind their backs and their mouths stuffed with cloth.

“Hindu radicals were behind the killings,” Jharkhand Vikas Morcha (Prajatantrik) Prakash Ram was quoted as saying by TOI.

The police have, meanwhile, arrested five persons in connection with the killing. This followed the lodging of an FIR against unknown persons.

The arrested persons have been identified as Mithilesh Prasad Sahu, Pramod Sahu, Manoj Kumar Sahu, Manoj Sahu (same name) and Audhesh Sao, all of whom belong to Latehar district.

The killing of two men sparked outrage among the villagers who claimed that the assailants had targeted them in the past too.

In Dadri case, a Muslim man was killed over rumours of beef eating.