The state government has declared drought in 14,708 villages in Maharashtra. 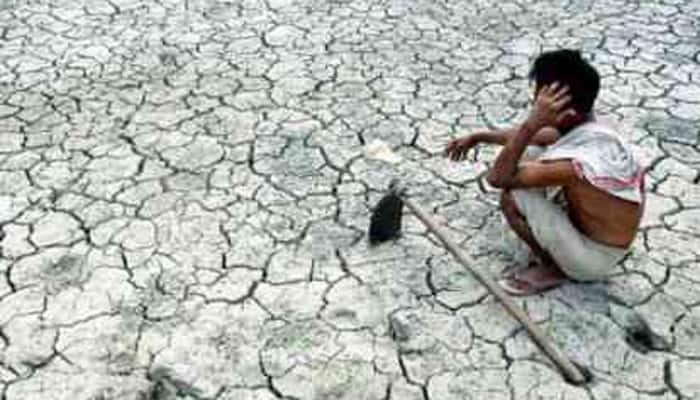 Mumbai: As the drought situation in Maharashtra turned out to be worse than earlier calculations, the Fadnavis-led BJP government on Friday declared drought in 14,708 villages in the state.

According to news agency ANI, fees of school & college students in those villages, which has been put under drought-hit zone, is likely to be waved off.

The report further added that one third of electricity bill of agricultural pumps will also to be waved off.

The ruling partner Shiv Sena had earlier slammed the state government's decision to levy an additional surcharge on a host of items to raise money to tackle the drought situation in the state, dubbing it as "pick pocketing".

To raise funds for tackling drought, the state government had in September announced a surcharge of Rs 2 on petrol and diesel while increasing the VAT on liquor, cigarettes and beverages by 5 percent.

It had also imposed a 1.20 percent surcharge on VAT on gold and diamond jewellery. The additional levy will be in force for five months.

Marathwada is reeling under the worst drought in recent years, pushing scores of locals to migrate to cities in search of livelihood, with Beed witnessing a steep rise in farmer suicides accounting for 105 cases in August itself.

The agrarian crisis in Marathwada has been compounded for the fourth successive year, forcing many of the 25 lakh people in drought-wrecked region, comprising 70 percent of the area's population, to cities like Mumbai in Western Maharashtra.

While Vidarbha reports the highest farmer suicides in the state, cases have been spiralling in Marathwada too which earlier faced a drought in 2012 and 2014. Crops had also been destroyed in the region which had been ravaged by hailstorms in 2013.

An official release said, Beed in Marathwada reported 105 farmer suicides in the single month of August this year with meagre rains destroying large swathes of crops.

The highest farmer suicides have been reported from Beed district with 177 cases this year. Osmanabad has recorded 98 cases while Latur has reported 61. The district of Parbhani has reported 41 cases so far this year, the release said.

Out of Marathwada's eight districts, four Beed, Latur, Osmanabad and Parbhani are the worst affected this year.