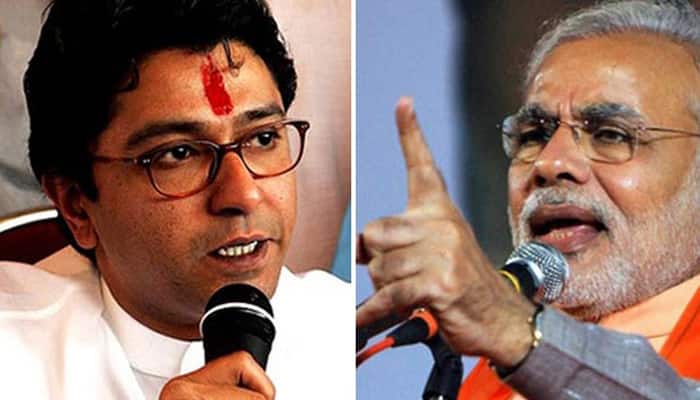 Mumbai: Taking potshots at Narendra Modi on his frequent foreign tours, Maharashtra Navnirman Sena (MNS) President Raj Thackeray Thursday alleged that he is the first Prime Minister in Indian history to have remained out of the country for long.

"What kind of a government do we have? Instead of doing work, they are behind banning every possible thing. Here we have a PM, who is the first in the country to have remained out of India for so many days," Thackeray said.

Raj was speaking here at an 'India Today' conclave here.

"I just heard that Salman Khan is now making 'Bajrangi Bhaijan' part 2. In the sequel, he will be seen bringing back Modi to India from a foreign country," he said taking a dig on the PM.

As of October 2015, Modi has reportedly made 28 foreign trips. Most of them were state visits to Asian countries, following his neighborhood first and Act East policies.

Criticising the proposed Bullet train between Mumbai and Ahmedabad, Thackeray questioned the purpose that would be served by introducing this super fast train.

"Why do we need a Bullet train between Mumbai and Ahmedabad? Why not to some other state? What purpose will it serve? Just go to Gujarat, eat a Dhokla (Gujarati delicacy) and come back. That's all," he said.

He further said that the recent standoffs between the BJP and Sena are ruining the smooth running of the government.

"The way these both parties fight publicly, even husbands and wives don't fight this way. CM says all is well between them, but if that is so, one needs to go and ask the Sena ministers," he said.

"It is only the BJP whose 'Acche Din' have come. Their ally and its ministers are only sulking," he added.

Opposition is not to him as a singer. But, do our artists get the kind of respect they deserve in Pakistan? There is so much of talent here in India that we do not need an outsider to perform here."

Will ensure security to Ghulam Ali if he wishes to perform here: Fadnavis