Shiv Sena's emphatic victory in the KDMC polls has triggered speculations about the re-uniification of the two estranged Thackeray brothers – Uddhav and Raj. 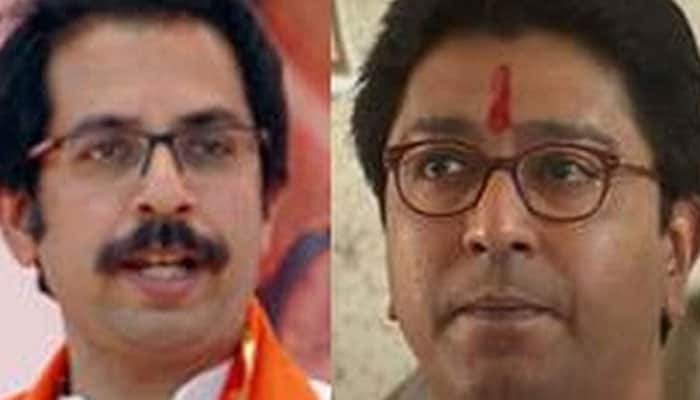 Mumbai: Despite falling short of getting absolute majority, Shiv Sena's emphatic victory in the Kalyan-Dombivli Municipal Corporation polls has triggered speculations about the re-uniification of the two estranged Thackeray brothers – Uddhav and Raj.

Shiv Sena had on Monday emerged as the single largest party in the Kalyan-Dombivali Municipal Corporation, bagging 52 seats but falling 9 short of a majority in the 122-member body.

Also Read: KDMC polls: What did Shiv Sena suggest to BJP after winning?

In the run up to the Kalyan- Dombivli Municipal Corporation ( KDMC) elections, all eyes were on the Shiv Sena and BJP, with the parties lodged in a bitter and very public rivalry. Interestingly, after the declaration of results, it is the MNS that finds itself at the centre of attention.

With neither the Shiv Sena nor the BJP winning the magic 61 seats needed for majority and in view of the strained ties between the two allies, Raj Thackeray's MNS has now appeared as the kingmaker, triggering speculations about reconciliation between the estranged Thackeray cousins.

The Sena came closest to majority, with 52 seats in the bag. The BJP came second, trailing behind by 10 seats. On the other hand, the MNS took a steep fall from its existing 27 seats in the house to just 9. The Shiv Sena requires 9 seats for a majority.

This has led to speculations about Sena leader Uddhav Thackeray's next move – a patch up with friend-turned-foe BJP or re-unification with MNS chief Raj Thackeray.

Though, the official Shiv Sena stance is that “it will wait and watch”, but if social media is any evidence, party members hope Uddhav will side with his cousin. Twitter is already abuzz with Sena leaders and workers posting a picture of Sena supremo Bal Thackeray with

his son Uddhav and nephew Raj in happier times, before the latter split from them and floated his own party.

The MNS is open to discussion with the Sena, party spokesperson and former MLA Nitin Sardesai said.

“ Shiv Sena hasn’t approached us, but our doors are open for discussion if they want to talk about an alliance,” he was quoted as saying by Mid-Day.

A senior Sena leader also said the party was considering joining forces with the MNS.

“ We are trying all methods to get enough support to place our mayor in KDMC. We won’t mind forging an alliance with MNS,” he said, adding that the party was also in talks with three independent winners.

On the other hand, BJP too was trying win over independents for coming to power, sources said.

A BJP leader said the KDMC results had given the party the confidence to contest the Mumbai civic elections of 2017 independently (without alliance with Shiv Sena).

BJP MP Kapil Patil denied that his party criticised Shiv Sena, the ruling alliance partner, during the campaign. "We just responded to Shiv Sena's criticism. We are open to options to come to power," he said.

A state BJP leader said that BJP and Sena -- which hit out at each other freely during the campaign - would again join hands in the KDMC and share the Mayor's post for two and a half years each.

When asked whether BJP plans to contest Mumbai civic elections separately, he said, "We are two separate parties and we have the right to increase our base. If we contest separately, we have the opportunity to contest in all the 227 seats. In fact, the unexpected result at KDMC has boosted the morale of party workers that will help us in Mumbai corporation elections."