The Shiv Sena on Monday attacked the Bharatiya Janata Party, terming the decision to release Karan Johars film "Ae Dil Hai Mushkil" as an attempt "to politicize the sacrifices of Indian Army soldiers". 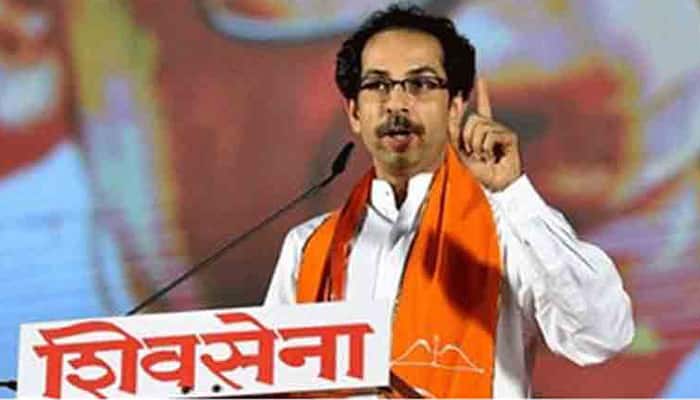 "There were threats to burn the screens if ADHM and other Bollywood films featuring Pakistani actors were released… Now, no problems… The matchbox is empty as all the matchsticks have been taken out by the Chief Minister (Devendra Fadnavis). He might even use it to scratch his ears," the Sena said in a sharp edit in the party mouthpiece Saamana.

"We don't want to know what happened behind the scenes… But this has insulted the sacrifices of our brave soldiers," said the Sena, a partner in the BJP-led government both in Maharashtra and at the Centre.

Those speaking of burning theatres have suddenly withdrawn, and films with Pakistani artistes will not face any problems - "This kind of politics with soldiers' sacrifices cannot be tolerated."

The outcome after the meeting at Chief Minister's residence has left many faces "unmasked" and Karan Johar has been asked to pay Rs 5 crores to army welfare fund.

Shiv Sena President Uddhav Thackeray has already made it clear that this was ‘extortion' money.

"So, our armymen's martyrdom is valued at Rs 5 crore? Tomorrow, Pakistani artistes will start coming with cheques of Rs 5 crore and ‘watch the tamasha' here. This will set a terrible, insensitive trend inflicting wounds on the families of the soldiers," the edit said.

The Sena also criticized the plans to display a slide paying homage to Indian soldiers before the start of the movie.

"Did the soldiers die for this? The CM should have taken a strong stand on the issue, warned the filmmakers not to allow any movies with Pakistani artistes to be exhibited till Pakistan stops violence in Jammu and Kashmir… For doing this, you don't need a 56-inch chest," the edit said.

It rued how the so-called ‘patriotic party' (BJP) and its leaders were busy tom-tomming the recent surgical strikes to grab votes in different states, instead of pulling up the Maharashtra Chief Minister or unequivocally declaring that films with Pakistani artistes would not be allowed in India.

Referring to the Sena protests preceding the release of Karan Johar's Shah Rukh Khan-starrer "My Name Is Khan" in 2010, it said its activists were beaten and jailed by the then Congress regime.

"We are at the forefront of all such protests against Pakitani cricketers, singers, artistes… But our activists suffer… We want to keep alive the flame of patriotism in each and every Indian, Shiv Sena is not the sole custodian of patriotism and love for the country," it noted.