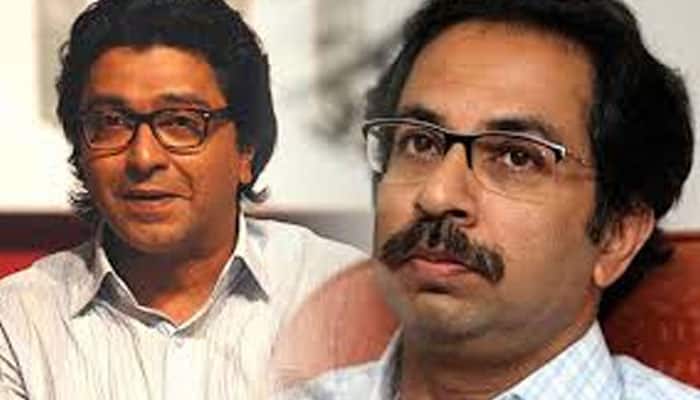 Mumbai: A politically isolated MNS chief Raj Thackeray met his estranged cousin and Shiv Sena president Uddhav Thackeray at the latter's home on Friday, sparking speculation of possible rapproachement for the crucial civic polls in the city due early next year.

Importantly, no aides were present during the meeting of the two estranged brothers, Shiv Sena sources said.

In 2012, after Uddhav underwent an angiography (to unblock blood vessels), he was driven home by Raj, giving rise to speculation of a 'thaw' between the two.

Uddhav was admitted to Lilavati Hospital in Bandra after he complained of chest pain. On hearing the news, Raj, who was on way to Alibaug to attend a party meet, had rushed to the hospital.

The BMC polls are crucial for the two cousins who regularly take potshots at each other.

Shiv Sena plays a second fiddle to ally BJP in the state ministry and it is trying hard to retain its rule over the BMC where BJP plays the second fiddle.

Uddhav, who turned 56 years old recently, has been handling the party affairs since 2004.

In 2005, Raj had quit Shiv Sena and formed a new political outfit, MNS, the next year, blaming Uddhav and his 'coterie' for the ills afflicting his uncle Bal Thackeray's party.

The performance of MNS drastically suffered in the last Assembly polls where only one party MLA was elected, a far cry from 13 MNS MLAs elected in the 2009 polls.